20th Anniversary of China’s Accession to the WTO: What’s Next?

On Dec 11, 2001, China officially joined the World Trade Organization (WTO). The US government and the business community were very supportive of China's entry, hoping there would be a greater convergence of global economic norms, and eventually becoming "a responsible stakeholder." Two decades later, when reflecting on the impact of China's accession, many of US politicians and government officials argue that China's trade practices have distorted US economic competitiveness while doubling down on its state driven, non-market approach to international trade.

Has US trade policy toward China failed? What is the impact of China's WTO membership to the US economy and the wider global trading system? What is the outlook of the bilateral trade relations as US pursues a new approach?

On the occasion of the 20th anniversary of China's accession to the WTO, AmCham is pleased to have invited two veteran trade practitioners, Tatiana Prazeres, former Senior Advisor to the WTO director-general, and TimothyStratford, former Assistant US Trade Representative, who will discuss the prospect of US-China economic relations and future of global trading system. 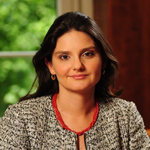 Senior Fellow at University of International Business and Economics 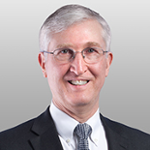 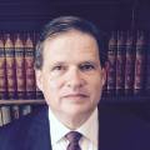 Senior Fellow at University of International Business and Economics

Tatiana Prazeres is Senior Fellow at the University of International Business and Economics in Beijing, China. She holds a PhD in International Relations, and degrees in Law and International Relations. Tatiana Prazeres writes a weekly column on international affairs for Folha de S. Paulo, one of Brazil’s most influential newspapers. She is also a Member of the Advisory Board of the Geneva School of Economics and Management at the University of Geneva. Prior to these appointments, she was Senior Advisor to the Director General of the World Trade Organization between 2013 and 2018. Her portfolio included trade negotiations, market access, services, investment, agriculture, trade & environment and engagement with the private sector.
Before that, at the age of 31, she became the youngest ever Secretary of Foreign Trade of Brazil (vice-ministerial position). During her term, she reformed Brazil’s trade remedies system, advanced trade facilitation reforms, and secured government’s approval to pursue negotiations on investment agreements.
In 2014, she was recognized by the World Economic Forum as a Young Global Leader. Her areas of interest include: global economic governance, international trade, trade policy, investment policy, trade agreements, World Trade Organization (WTO), Brazil, Latin America, China, BRICS.

Tim Stratford is managing partner in Covington & Burling LLP’s Beijing office and a member of the International Trade, Corporate and Public Policy Practice Groups. He is also presently serving as Chairman Emeritus of the American Chamber of Commerce in China. Tim’s practice is focused on advising international clients doing business in China and assisting Chinese companies seeking to expand their businesses globally. As a former Assistant U.S. Trade Representative, Tim is the most senior former U.S. trade official working as a member of the U.S. business community in Beijing. Except for the five years he spent in Washington, DC in government service (2005-2010), Tim has lived and worked continuously in the greater China region since 1982.

Matthew Hosford is a Principal Banking Specialist at the International Finance Corporation. He joined IFC in October 2017 and advises investment teams throughout Asia. Prior to joining IFC Matthew's career was spent mostly in Banco Santander in Asia. From 2007 to 2017 He was the Chief Risk Officer in the Asia-Pacific region and helped the Group set up operations in the region including representing the Group on two boards of directors in China. Matthew first joined Santander in 1990 where he worked until 2000, most of that time Asia.

In 2000 Matthew left Santander for a seven year stint in the Risk Management advisory practice of Price WaterhouseCoopers. During that time he advised banks in China and the rest of Asia on enhancing risk management and governance practices, especially in response to the needs and challenges of Basel II.

Matthew is a member of the Board of Love 21, a non-profit organization that works with learning disabled youths in Hong Kong. In his spare time he enjoys hiking the trails of Hong Kong and exploring new cultures across the globe.

Matthew is a graduate of the Harvard Business School. He speaks English, Spanish and Mandarin.