If you have any questions please contact Beverly Yau at byau@amcham.org.hk.

Carl Lavin was a high school senior when Pearl Harbor was attacked. The Ohio, native enlisted when he turned eighteen, a decision that would take him with the US Army from training across the United States and Britain to combat with the 84th Infantry Division in the Battle of the Bulge.

Frank Lavin served as a White House aide, Ambassador to Singapore, Undersecretary of Commerce, and a member of the Board of AmCham Hong Kong. He is currently the CEO of Export Now, a company that operates e-commerce stores in China for U.S. brands.

Home Front to Battlefront – An Ohio Teenager in World War II will be available at a discounted price at the event. 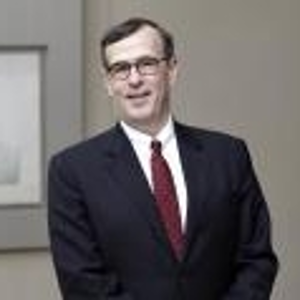 Frank Lavin is the CEO and founder of Export Now, a U.S. firm established in 2010 to operate e-commerce stores in China for international companies. Export Now is the largest off-shore operator of China e-commerce stores, helping brands from around the world in strategy and operations.

In Government, Lavin served as Under Secretary for International Trade at the U.S. Department of Commerce 2005-2007. In that capacity, Lavin served as lead trade negotiator for both China and India and was the senior policy official in the Department responsible for commercial policy, export promotion, and trade negotiations across the globe. Lavin was U.S. Ambassador to the Republic of Singapore from 2001-05, where his duties included helping negotiate the U.S.-Singapore Free Trade Agreement.

In the private sector, Lavin served in senior finance and management positions in Hong Kong and Singapore with Edelman, Bank of America and Citibank.

Previously, Lavin served in the George H.W. Bush and Reagan Administrations, working in the Department of Commerce, Department of State, National Security Council, and White House. Lavin served as Director of the White House Office of Political Affairs 1987-89.
Lavin earned a B.S. from the School of Foreign Service (Georgetown); an M.S. in Chinese Language and History (Georgetown); an M.A. in International Relations and International Economics from the School of Advanced International Studies (Johns Hopkins); and an M.B.A. in Finance at the Wharton School (Pennsylvania).

He is a columnist for Forbes.com and has been published in The New York Times, The Washington Post, The Wall Street Journal,Foreign Affairs, Foreign Policy, and other periodicals.

Lavin is the co-author of “Export Now,” (Wiley) on market entry strategies. His World War II history book, “Home Front to Battlefront” was published in 2017 by Ohio University Press.

Lavin serves as Chairman of the International Council of the National University of Singapore School of Medicine, and serves on the Board of Directors of UOB, a Singapore-based regional bank. He also served as Steering Committee Chairman of the Shanghai 2010 World Expo USA Pavilion.