US-China relations have reached a tipping point where the world's most important bilateral relationship went from being cooperative to confrontational and competitive. On a micro-level, there is a paradigm shift in Americans' attitude of China. According to the latest Pew Research survey, a record 73% Americans hold unfavorable views toward China.

How did US-China relations get to where they are? What went wrong? Who might be the key China policy makers in a potential Biden administration? As the era of US constructive engagement has come to an end, what are the changes and continuities in American policy toward China come next January 2021? How can business navigate through this volatile geopolitical environment?

Please join a post US Presidential election analysis on what lies ahead for US-China relations, featuring a panel of top notch experts. They will offer their insights from the perspectives of policy and sub-national level including business, people to people exchange.

· Webinar details will be sending out a day before the event.

· If you are new to Zoom, here​​ are instructions on how to download the software and join a meeting. Please familiarize yourself with the platform beforehand.

· Please log in at 8:15am, 15 minutes in advance of the session start time. This will allow time to troubleshoot any technical issues and start promptly at 8:30am.

· Please type in your questions in the "Chat" button at the bottom screen, the moderator will be selecting questions during the Q&A sessions. If you are using the mobile app, please click "Participants" then "Chat." 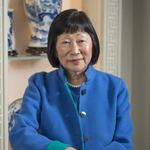 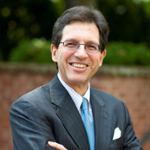 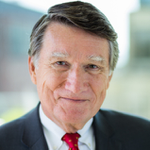 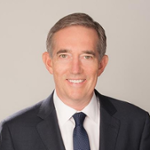 Ambassador Julia Chang Bloch is the first Asian American to hold such rank in U.S. history. She has had an extensive career in international affairs and government service, beginning in 1964 as a Peace Corps Volunteer in Sabah, Malaysia and culminating as U.S. Ambassador to the Kingdom of Nepal in 1989. From 1981 to 1988, Ambassador Bloch served at the U.S. Agency for International Development as Assistant Administrator of Food for Peace and Voluntary Assistance and as Assistant Administrator for Asia and the Near East, positions appointed by the president and confirmed by the Senate. She also was the Chief Minority Counsel to a Senate Select Committee; a Senate professional staff member; the Deputy Director of the Office of African Affairs at the U.S. Information Agency; a Fellow of the Institute of Politics at Harvard University’s Kennedy School of Government, and an Associate of the U.S.-Japan Relations Program of the Center for International Affairs at Harvard.

After 25 years in government service, Ambassador Bloch moved to the corporate sector in 1993, becoming Group Executive Vice President at the Bank of America, where she created the Corporate Relations Department, heading the bank’s Public Relations, Government Affairs, and Public Policy operations. From 1996 to 1998, Ambassador Bloch moved into philanthropy, serving as President and CEO of the United States-Japan Foundation, a private grant making institution, with $100 million in assets. Beginning in 1998, Ambassador Bloch shifted her focus to China, first becoming Visiting Professor at the Institute for International Relations and Executive Vice Chairman of the American Studies Center at Peking University, and subsequently affiliating with Fudan University in Shanghai, as well as the University of Maryland as Ambassador-in-Residence at the Institute for Global Chinese Affairs.

A native of China who came to the U.S. at age nine, Ambassador Bloch grew up in San Francisco and earned a bachelor’s degree in Communications and Public Policy from the University of California, Berkeley, in 1964, and a master’s degree in Government and East Asia Regional Studies from Harvard University in 1967. She was awarded an honorary doctorate of Humane Letters from Northeastern University in 1986.

Ambassador Bloch serves on a number of corporate and non-profit boards, including: Asia Institute for Political Economy, the University of HK, the Atlantic Council, Council of American Ambassadors, US Asia Pacific Council, Meridian International Center, World Affairs Council, the Fund for American Studies, and Penn Mutual Insurance Co. She was elected as a Fellow to the National Academy of Public Administration and is on the Expert/Eminent Persons Register of the ASEAN Regional Forum, a member of the Woodrow Wilson Council, as well as Trustee Emeriti of the Asia Society, Honorary Member of the Board of Directors of the Friends Society of the Asian Division, Library of Congress, and Honorary Fellow of the Foreign Policy Association. A member of the Council on Foreign Relations and American Academy of Diplomacy, she also serves on the Edumasters International Advisory Committee and the Editorial Board of Berkshire Publishing Group’s Encyclopedia of China.

Harry Harding is a specialist on Asia and U.S.-Asian relations. His major publications include Organizing China: The Problem of Bureaucracy, 1949-1966; China’s Second Revolution: Reform after Mao; A Fragile Relationship: the United States and China since 1972; and the chapter on the Cultural Revolution in the Cambridge History of China. He is presently working on a sequel to A Fragile Relationship, with the working title A Failed Partnership: the United States and China from Clinton to Trump.
Presently a University Professor and Professor of Public Policy and a Senior Fellow in the Miller Center of Public Affairs at UVA, he is also Adjunct Chair Professor in the College of Social Science at National Chengchi University in Taipei where he holds a Yushan Scholarship, the highest honor awarded by Taiwan’s Ministry of Education. He has recently held visiting appointments at the University of Hong Kong and the Hong Kong University of Science and Technology.
Harding served as the founding dean of UVA’s Frank Batten School of Leadership and Public Policy between 2009 and 2014. Before joining the Batten School, he held faculty appointments at Swarthmore College and Stanford University and was a Senior Fellow in the Foreign Policy Studies Program at the Brookings Institution. From 1995 to 2005 he was Dean of the Elliott School of International Affairs at the George Washington University, and from 2005 to 2007 was Director of Research and Analysis at Eurasia Group, a political risk research and advisory firm based in New York. He has served on the boards of several educational and non-profit institutions as well as on the U.S.-China Joint Commission on Science and Technology and the U.S. Defense Policy Board. A graduate of Princeton in public and international affairs, he holds a Ph.D. in political science from Stanford University.

Holden’s China career spans more than four decades, twenty-eight years of which he spent on the ground in Beijing, Hong Kong, and Taipei. He most recently served as President and CEO of the US-China Strong Foundation after a decade in Beijing as Managing Director and Senior Counselor for Hill+Knowlton Strategies; Founding Chairman of Shaklee (China) Ltd.; Associate Dean at Peking University’s Yenching Academy and Professor of Practice at its Guanghua School of Management. While at Peking University, Holden received the Friendship Award, the most prestigious honor granted by China to foreigners.

From 1998 to 2005, Holden was President of the National Committee on United States–China Relations. For the twelve prior years, he was employed by Cargill, where he played key roles in the establishment of a wide range of businesses in China and served as chairman of its China holding company.

Holden has been active in the American Chambers of Commerce in both Hong Kong and Beijing, and served as chairman of the Board of Governors of the latter organization. He is a life member of the Council on Foreign Relations, Senior Associate (Non-resident) of the Trustee Chair in Chinese Business and Economics at the Center for Strategic and International Studies, and serves as adviser to or director of a number of business, philanthropic, and educational organizations.

Robert T. Grieves is Founder and Chairman of Hamilton Advisors Limited, a strategic communications firm established in Hong Kong in 2009. Following a career in journalism for The Times (London) and The Economist, both in Beijing, and Time magazine and Forbes, in New York, Robert served in top-tier regional and global communications roles. His communications career includes senior positions at Burson-Marsteller, Head of Marketing and Communications for Merrill Lynch Asia Pacific, Global Head of Communications for The Bank of New York and President, Hong Kong, for Edelman.

Robert is Chairman of the American Chamber of Commerce in Hong Kong and a former Chairman (2015-2017) of the Council of Public Relations Firms of Hong Kong. He has lectured at Tsinghua University in Beijing, at the Hong Kong University of Science and Technology, at the Wilson Center in Washington, D.C., and in Nanjing as a speaker at the Hong Kong Trade Development Council conference on Chinese brands.