The Biden presidency has so far fell short of American business' expectations that US-China relations would improve. While the general policy prescription can be characterized as cooperative, competitive and confrontational, the administration's comprehensive China policy has yet to be materialized.

As strategic rivalry intensifies between the Dragon and the Eagle, can the world's two superpowers work together for the greater good? What are the implications of the recent US self-strengthening initiatives for the bilateral relationship? Should a zero sum or a win-win mindset to be the dominant driver shaping the relationship?

Please join Ryan Hass, a former director for China, Taiwan and Mongolia at the National Security Council, for an in-dept discussion on US-China relationship in an age of competitive interdependence. 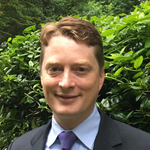 senior fellow and the Michael H. Armacost Chair in the Foreign Policy program at Brookings Institution 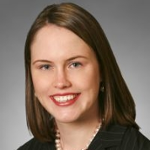 senior fellow and the Michael H. Armacost Chair in the Foreign Policy program at Brookings Institution

Ryan Hass is a senior fellow and the Michael H. Armacost Chair in the Foreign Policy program at Brookings, where he holds a joint appointment to the John L. Thornton China Center and the Center for East Asia Policy Studies. He is also the Chen-Fu and Cecilia Yen Koo Chair in Taiwan Studies. He was part of the inaugural class of David M. Rubenstein fellows at Brookings, and is a nonresident affiliated fellow in the Paul Tsai China Center at Yale Law School. Hass focuses his research and analysis on enhancing policy development on the pressing political, economic, and security challenges facing the United States in East Asia.

From 2013 to 2017, Hass served as the director for China, Taiwan and Mongolia at the National Security Council (NSC) staff. In that role, he advised President Obama and senior White House officials on all aspects of U.S. policy toward China, Taiwan, and Mongolia, and coordinated the implementation of U.S. policy toward this region among U.S. government departments and agencies. He joined President Obama’s state visit delegations in Beijing and Washington respectively in 2014 and 2015, and the president’s delegation to Hangzhou, China, for the G-20 in 2016, and to Lima, Peru, for the Asia-Pacific Economic Cooperation (APEC) Leaders Meetings in 2016.

Prior to joining NSC, Hass served as a Foreign Service Officer in U.S. Embassy Beijing, where he earned the State Department Director General’s award for impact and originality in reporting, an award given annually to the officer whose reporting had the greatest impact on the formulation of U.S. foreign policy. Hass also served in Embassy Seoul and Embassy Ulaanbaatar, and domestically in the State Department Offices of Taiwan Coordination and Korean Affairs. Hass received multiple Superior Honor and Meritorious Honor commendations during his 15-year tenure in the Foreign Service.

Hass is the author of “Stronger: Adapting America’s China Strategy in an Age of Competitive Interdependence” (Yale University Press, 2020), a coeditor of “Global China: Assessing China’s Growing Role in the World” (Brookings Press, 2020), and of the monograph, “The future of US policy toward China: Recommendations for the Biden administration” (Brookings, 2020). He also leads the Democracy in Asia project at the Brookings Institution.

Hass was born and raised in Washington state. He graduated from the University of Washington and attended the Johns Hopkins School of Advanced International Studies prior to joining the State Department.

As a partner in Akin Gump’s international trade practice, Tatman Savio counsels clients on US law and policy affecting international trade and business, including sanctions, export controls, and anti-corruption laws. She also represents clients in national security reviews conducted by the Committee on Foreign Investment in the United States (CFIUS).

Tatman has been recognized by Chambers Asia-Pacific and Chambers Global. She was named “International Trade Lawyer of the Year” by The Asian Lawyer 2020 and “Best in International Trade” by the Legal Media Group Asia Women in Business Law Awards 2019. Tatman was shortlisted for Best in International Trade in 2019, and Best in Compliance and Regulatory in 2017-2018, at Euromoney’s Asia Women in Business Law Awards. In 2018, she was shortlisted for “Women Lawyer of the Year” at the Asian Legal Business Hong Kong Law Awards and recognized in the WorldECR Awards as part of a team of “renowned export control and sanctions lawyers”.

Tatman has worked in secondment roles at two Fortune 50 companies, where she performed the functions of compliance and investigations counsel.