AmCham HK is organising a hybrid session to share an update on the IPEF and PGII from expert speakers across key industries. The event will be held in-person at the AmCham HK Community Hub and will also be available for online dial-in via Zoom.

The Indo-Pacific Economic Framework (IPEF) and the Partnership for Global Infrastructure and Investment (PGII) are the most significant regional economic cooperation initiatives introduced by the Biden Administration focusing on Indo-Pacific strategy and engagement. Come join us for an in-depth information session on the work program, pillars and opportunities to help shape these important regional initiatives.

You will gain new insights about these initiatives by hearing directly from the head of the Commercial Section at the U.S. Consulate, AmCham committee chairs and regional business stakeholders.

8:30 AM - 8:45 AM
IPEF and PTII Overview
Jackson Cox, Founder & CEO of Woodmont International 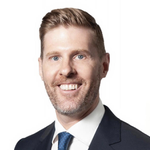 8:45 AM - 9:00 AM
USG Perspectives: Impact, Significance and Insights from the Administration
Bradley Harker, Foreign Service Officer at Department of Commerce, Foreign Commercial Service 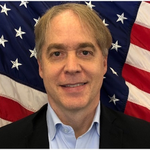 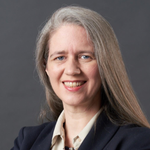 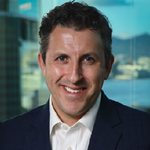 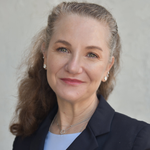 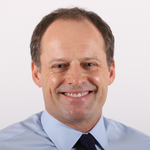 Jackson Cox is Founder and CEO of Woodmont International, a private firm that was established in 2005 to provide public affairs and government relations consulting services to companies and investors throughout the Asia-Pacific region.

Prior to founding Woodmont International, Mr. Cox worked in the international political sector where he managed projects in Mongolia and Cambodia for the International Republican Institute.

Mr. Cox is from Johnson City, Tennessee and a graduate of Belmont University in Nashville. He served as the East Tennessee campaign chairman for Bill Frist’s successful campaign for United States Senate in 1994 and as the Political Director of Frist’s re-election in 2000. Mr. Cox served as advisor to Senator Frist in the U.S. Senate in Washington, D.C. between the two campaigns.

Brad Harker is a Foreign Service officer with the U.S. Department of Commerce, Foreign Commercial Service. He is currently serving as the Senior Commercial Officer at the U.S. Consulate in Hong Kong, China. In this position, Brad and his team assist U.S. companies to develop their international sales, marketing, and trade efforts in Hong Kong and Macau. From 2014-2018, Brad was the Commercial Officer Team Leader for the aviation, rail, energy and environment sectors at the U.S. Embassy in Beijing, China.

Brad joined the Commercial Service in November of 2000 after working as the International Sales Manager for Winnemucca Farms, a large food ingredients company located in northern Nevada. At Winnemucca Farms, Brad oversaw the company’s international export business in Japan, South America and Europe. From 1997 to 2000, Brad was an International Trade Specialist for the State of Nevada’s Commission on Economic Development.

Brad participated in the Japanese Exchange and Teaching (JET) Program from 1994-1996 as an Assistant Language Instructor (ALT). Following JET, Brad worked in the import/export divisions of two Japanese multinational corporations, T-One Inc., a manufacturer of sports clothing, and Panasonic Avionics Systems, a manufacturer of in-flight entertainment systems for commercial aircraft.

Brad is a native of northern Nevada and has a Bachelors degree in Marketing from the University of Nevada-Reno (1993) and an MBA from the College of William and Mary, Raymond A Mason School of Business (2018). Brad is fluent in Mandarin, Japanese and Greek. Brad is married with two children and enjoys skiing and hiking in his spare time.

Genevieve Hilton has worked in corporate affairs and sustainability in the Asia Pacific region since 1994. At Lenovo, she led the communications functions in Asia Pacific and supported the company’s ESG transformation strategy. Before Lenovo, she was Head of External Communications and Corporate Citizenship at BASF for 11 years. There, she handled stakeholder engagement, corporate citizenship (non-profit activities), sustainability reporting, crisis readiness, online communications, media relations, corporate publications, and channel management, for 18 markets in the Asia Pacific region.

Prior to joining BASF, she was Senior Vice President, Client Services, at Ketchum Greater China, and held a variety of agency roles in Hong Kong and Vietnam. She is the co-chair of the Energy & ESG committee of the American Chamber of Commerce of Hong Kong, and Vice President, Professional Development for the Hong Kong Chapter of the International Association of Business Communicators. She is the recipient of the IABC Award of Excellence for contribution to the communications profession in Asia Pacific, winner of the SABRE award for best in-house communications team in Asia Pacific, and has been a GCCC accredited Strategic Communications Management Professional since 2017.

Charlie Butcher joined HSBC as Managing Director, Public Affairs, for Asia Pacific, in December 2021. He leads a small team based in Hong Kong, working with other functions and country teams, to drive advocacy in the key policy areas of digital, sustainable finance, and financial crime. Prior to joining HSBC, Charlie worked in regional and global public affairs roles for multinational companies in pharmaceuticals, FMCG, and agrichemicals, in regional and global headquarters. Starting his career during the 1990s as a political staffer in his hometown of Sydney, Australia, Charlie later transitioned to the private sector with international public affairs consulting firm, Burson-Marsteller, before moving to in-house roles in 2007. Charlie has lived and worked in Beijing, Hong Kong, Singapore and the US.

Rebecca Terner Lentchner is currently a Government Affairs and Public Policy Advisor for global and regional organizations. She was most recently the Head of Government & Regulatory Policy for Citadel and Citadel Securities in the Asia Pacific. In this role, she oversaw the firm’s public policy and engagement with regulators, policymakers, academics and trade and business associations across the APAC region.

Prior to joining Citadel, Rebecca was the Head of Government Relations and Public Policy for APAC at BNY Mellon. Previously, she built and managed the Policy and Regulatory Affairs team at Asia Securities Industry & Financial Markets Association (ASIFMA), served as a New Directions Returnship Fellow at Goldman Sachs and held policy roles in the US Congress, industry associations and not-for-profit organizations.

Rebecca is a passionate advocate for sound governance, equality and inclusion.

Rebecca received her Master’s in Public Policy from the Graduate School of Political Management at The George Washington University and her bachelor’s from Sarah Lawrence College.