UBS’s Paul Donovan: Of Bitcoin bubbles, China debt wobbles and Trumponomics in an Age of Upheaval

Structural changes to the world economy have made data less and less reliable. Revisions are not only growing larger and more frequent, their direction is also generally positive: Economic cycles may be becoming more muted; recessions could be less recessionary. Improved efficiency and changing patterns of work mean that we may be misclassifying or entirely overlooking aspects of data, such as investment. Patterns of trade are likely to change significantly. The most successful economies of the next 20 years will need to combine flexibility and tolerance to maximize their human capital.

Against this backdrop of uncertainty, Mr. Donovan will offer AmCham his prognosis for some of the biggest risks hanging over the world’s markets in 2018 and beyond. Don’t miss it.

China credit worries
China's economic expansion has been helped by rapid credit growth in recent years, with debt-to-GDP rising to 270% (from 150% 10 years earlier). Now, China appears to be taking debt more seriously, with the government taking measures to curb excessive credit and reduce economic leverage. The good news is China’s debt is owned by Chinese lenders, and appears unlikely to spark major instability. This shift is likely to result in a gradual slowdown in economic growth rather than an economic hard landing or a credit crisis.

Trumponomics
The tax cut package before Congress is supportive for equities (as the tax reductions benefit listed companies specifically). The growth benefits may be a little more difficult to determine, as with the economy operating at full capacity additional stimulus may add more to inflation than to economic activity. The dollar effects are biased to a weaker dollar. It will be important to see the reaction of the Federal Reserve to the package, which may bolster a desire to tighten central bank policy.

Europe
The Euro area economy bounced back in 2017, aided by better bank lending. Growth should continue, though perhaps slowing towards trend, in 2018. Inflation levels are broadly in line with long-term averages, and it is increasingly difficult to justify the aggressive quantitative policy on economic grounds. The European Central Bank is already shrinking its balance sheet as a share of GDP (what economists call an organic tightening), and after September will have to move towards ending its bond purchases.

Cryptocurrencies
Cryptocurrencies meet three of the four requirements of being a bubble … the fourth being that bubbles burst! Unless issued by a government (with significant changes to their structures) cryptocurrencies will never be used as currencies in our view. There are economic consequences to the bubble bursting, although at this stage the bubble is relatively small and relatively globalized, which should minimize the damage. It would be unwise to attempt to short the cryptocurrency bubble, as timing is by definition impossible to predict rationally. Blockchain technology offers interesting investment opportunities. 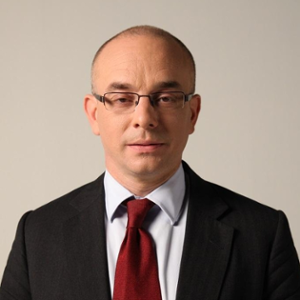 Paul joined UBS Wealth Management in August 2016 from the Swiss group’s investment banking division, where he was Global Economist. He is a member of the Global Investment Committee, a UBS Opinion Leader, a sponsor of UBS Speak Up and a UBS Pride Ally. Paul is responsible for developing and presenting the UBS economic outlook, marketing the view around the world. He started at UBS Investment Bank as an intern in 1992.

Paul has an MA in Philosophy, Politics and Economics from Oxford University, and an MSc in Financial Economics from the University of London. He is an Honorary Fellow of St Anne's College Oxford, appears regularly in print and broadcast media, and is the author of several books (all available from Amazon.com). His views can be found at www.ubs.com/pauldonovan, or on his LinkedIn or YouTube profiles.