Has the Time Come for Vietnam?

Economic reforms have dramatically transformed Vietnam from one of the world's poorest countries 25 years ago, to a lower middle-income country today. The country has had an average annual GDP growth rate of 6.9% since 1990 and continues to rank as one of the fastest growing Asian economies. The World Bank estimates that Vietnam, with the right economic reforms and macroeconomic variables, will see its average income more than double to USD7,000 in 15 years.

The country is at a turning point of reform and development. For foreign investors and enterprises, significant opportunities await, such as the recent conclusion of a Free Trade Agreement between Hong Kong and ASEAN, the latest development of the Comprehensive and Progressive Agreement for Trans-Pacific Partnership (CPTPP), the country's strategic supply-chain location, and China's Belt & Road Initiative. However, tough challenges remain, such as the country's weak private property and environmental protections and lack of governmental transparency.

Will the government implement much needed market reforms and will the macroeconomic opportunities sustain this new Asian tiger into the next decade?

At this event, panelists will share their latest insight on: 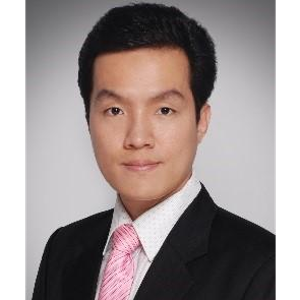 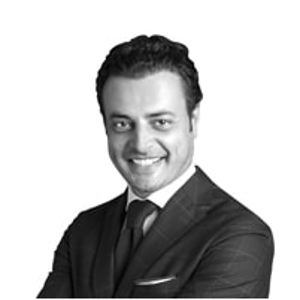 Alberto Vettoretti was born in Italy and received his education in the UK where he obtained a Bachelor Degree in Chinese, Economics and Management (Durham) and an MBA with a specialization in Chinese law (Staffordshire). He has been living in China for over 18 years and speaks and writes fluent Mandarin, Italian, English and Spanish.

Alberto joined Dezan Shira & Associates as an equity partner in September 1998. Over the years the company has grown into a pan-Asia organization with over 300 professionals and 18 own offices in China, India, Vietnam, Hong Kong, Singapore, and liaison offices in Italy, Germany and the United States. The firm has also established in 2014 an alliance partnership with offices in Indonesia, Malaysia, the Philippines and Thailand.

Alberto directly oversees the global operations of the firm and in particular five offices in South China (Guangzhou, Shenzhen, Dongguan, Zhongshan, and Hong Kong), two offices in Vietnam (Hanoi and Ho Chi Minh City) and the firm’s Singapore Office. Alberto is responsible for the firm’s overall development in China, Singapore and Vietnam. In 2006, the firm was appointed as the China member of the Leading Edge International Alliance (LEA) of global accountants and auditors, LEA is the 2nd largest tax and accounting partnership world-wide.

Alberto is specialized in corporate structuring, tax planning and legal and management issues affecting foreign-invested enterprises in China, Hong Kong, Singapore and Vietnam and sits on the board of directors of various multinational corporations in China and Hong Kong.

In 2008, Alberto was also elected as a member of YPO (Young President Organization), PRD Chapter in which he still acts as Finance Chair.

Since 2011, he has been acting as International Advisor to the Guangzhou Government in recognition to his knowledge on FDI in the region and his continuous help to make the city an even better place for foreign investments.

Alberto is currently a guest lecturer at the University of Venice Ca’ Foscari Challenge School Global Management for China. 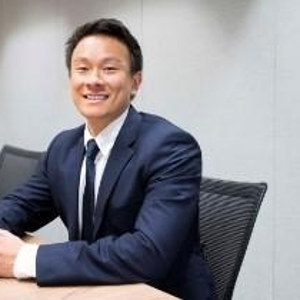 David Chao joined United Overseas Bank (UOB) Hong Kong in 2013 to lead the bank’s newly set-up Foreign Direct Investment (FDI) Advisory unit. The FDI Advisory unit facilitates the bank’s clients with their trade and investment flows between Greater China and Southeast Asia. In 2015, the FDI Advisory unit won the HKB International Business Award and in 2016, the FDI unit won the UOB Hong Kong Customer Commitment Award – bestowed for outstanding client service. David has been routinely asked by organizations such as the Hong Kong Trade Development Council (HKTDC), Belt and Road Summit and government bodies such as the Indonesian Consulate General in Hong Kong, to speak and moderate at public forums on FDI flows and trends. To date, David has facilitated over 100 investment deals from Greater China to Myanmar, Indonesia, Singapore, Malaysia, Thailand and Vietnam.

Prior to working in Hong Kong, David worked in several Asia Pacific countries building strong business and governmental networks through providing advisory services to facilitate investments between China and Southeast Asia. David started his investment career in New York as an analyst with Goldman Sachs, followed by over 5 years as an equities investment analyst at Balyasny Asset Management and Visium Funds. David has substantial experience in investing in healthcare services and technology companies in emerging markets.

David is a U.S. Congress-Bundestag Scholar and received a BA cum laude degree in International Political Economy from Cornell University where he was selected as a Meinig Family National Scholar. He completed his General Course in economics at the London School of Economics and Master’s Degree in International Affairs at the University of Hong Kong, specializing in the political economy of China and Southeast Asia. David has also studied at Chulalongkorn University (Thailand) and completed a short-term research sabbatical on Chinese outbound investment at Peking University in the summer of 2016. David is an active member of the AmCham Hong Kong, serving as the Vice Chair of the Trade and Investment Committee and has been a guest lecturer in 2017 at the Hong Kong University of Science and Technology (HKUST) Graduate School of Business’ Belt and Road Series.