Enjoy "A Night at the Chamber", where you will hear from leaders and change makers in Hong Kong who have been inspirational in their field even through COVID, and who will continue to impact Hong Kong.

﻿This will be an intimate and intellectually fascinating dialogue touching on policy, business, and art, and also fun with abundance of networking opportunities! 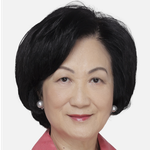 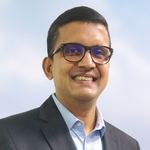 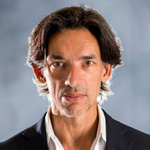 Mrs. Ip worked for the Hong Kong Government from 1975 to 2003. During that time, she served in a wide range of areas including democratization of local government, international trade and industry and security. She was the first woman to be appointed the head of a disciplined service (Immigration Department) (1996-98) and as Secretary for Security of Hong Kong (1998-2003).

In 2003 Mrs. Ip resigned from her position in the Government of the Hong Kong Special Administrative Region to take her daughter to the U.S. for education and to pursue higher studies herself. In June 2006, she returned to Hong Kong after completing the MA program in East Asian Studies at Stanford University. In July 2006, she established Savantas Policy Institute, a think tank focused on tackling the twin structural constitutional and economic problems of Hong Kong. The core vision of Savantas is to transform Hong Kong into a knowledge-based economy.

In January 2011, Mrs. Ip founded New People’s Party and was elected the party chairperson. She was re-elected as Legislative Council Member in September 2012, 2016, and December 2021respectively.

In October 2012 and July 2017, Mrs. Ip was appointed as Non-Official Member of the Executive Council (ExCo).

In September 2015, she established the “Maritime Silk Road Society” (MSRS), and is now Co-Chair of the organization.

In December 2016, Mrs. Ip resigned from the Executive Council. She ran in both 2012 and 2017 Chief Executive elections.

She is currently the Convenor of the Executive Council for the sixth term of the HKSAR Government.

Krishnamoorthy “Krish” Sundaresan is the General Manager for Hong Kong and Macau. He brings over 20 years of diverse business experiences having worked across IT, medical devices, hospitals and pharmaceuticals. Krish is a strong proponent of Purpose-driven Leadership and Growth Mindset to deliver customer-centric products and solutions. He holds a MBA from Cornell University. Krish is a Certified Leadership Coach, Design Thinking enthusiast and Agile practitioner.

Register now to express your interest in booking a table for such special and exclusive evening with AmCham.

You will NOT be required to make payment until later.

﻿As a table host, simply select a category of your choice, fill out your basic information, and we will be in touch with you for further details (such as guest list, choice of main course, dietary preference...etc).

For additional event or venue information, please send an email to rhui@amcham.org.hk