The global economy today is more integrated than ever before; our society is deeply interconnected through free flow of information by communications technology. Despite travel restrictions during the COVID-19 pandemic, people around the world stay connected with their friends and loved ones on social media and via emerging technologies such as AR/VR and many new "smart" devices.

By embracing digitization and technological advancement, global citizens can build a virtual community using smart devices like Oculus Quest 2 and the latest Ray-Ban Stories smart glasses to showcase their journeys, interact with old friends and meet new ones or even sit at live events. These virtual technologies can also enhance customers' online shopping experience by providing virtual tours and showrooms. This will enable businesses connect with their customers directly regardless of geographic boundaries. The future of connectivity is already happening now and the potential has already proved to be huge.

Please join the second episode of Future Series as industry experts will share their insights on the future trends of connectivity and opportunities for businesses and consumers. This is the first time Ray-Ban Stories glasses are introduced in Hong Kong. A not to be missed event for those who would like to try on this new product! 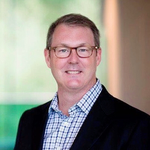 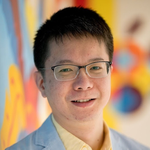 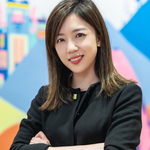 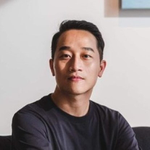 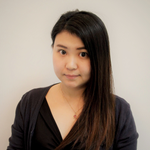 As the Managing Director, Public Policy, for Greater China, Mongolia, and Central Asia, George serves as Meta’s “ambassador” to engage with the people and governments across the vast and diverse regions on a wide range of policy issues from online safety to data privacy, and free expression to digital economy. George joined Facebook in January 2016 as the company’s first-ever policy representative based in Hong Kong, home for Meta in the Greater China region.

Prior to Facebook, George has worked in the media sector for about 15 years including for the South China Morning Post, Reuters, and Dow Jones. George has been a five-times judge (2014-2018) for journalism awards of the Society of Publishers in Asia. In 2014 George was named by Yale University a Yale World Fellow. He was also a 2015 fellow of the US State Department’s International Visitor Leadership Program (IVLP). George earned his Master’s degree (distinction) for international and public affairs at the University of Hong Kong (HKU), with a concentration on the triangular US-China-Taiwan relations. He’s a doctoral candidate for public administration at the HKU.

George has authored and edited four books in English and Chinese languages: “Defending Election Integrity in Taiwan” (2020), “The Next Big Thing – How China Challenges Silicon Valley And Changes Global Landscape” (2015), “This is Hong Kong I Know” (2014), and “Foreign Banks in China” (2011).

George sits on the Board of Governors of The American Chamber of Commerce in Hong Kong. George is also co-director of the Tech for Good Initiative at the HKU where he helps to launch the Facebook-HKU Scholarship in Public Policy and Sustainability Leadership.

Maggie Tam is Public Policy Manager of Meta Hong Kong. In this role, Maggie works with the government, policymakers, academics, NGOs and private sector organizations, including local, regional and international organizations, on issues of safety, security, and other technology-relevant public policy concerns.

Maggie started her career as a journalist at South China Morning Post after earning a Journalism and Communications Bachelor’s degree from Hong Kong Baptist University. She also holds a Master of Public Administration from the University of Hong Kong.

Terence is experienced in construction digitization, such as the automation of site monitoring. He aims to make use of data to improve construction productivity, quality and safety with an integrated construction approach.

Katherine founded an influential omni-channel messaging solutions company Whatsquare serving international clients in APAC, enabling "conversational commerce" at scale for business on Facebook Messenger, WhatsApp, Instagram, LINE, and WeChat etc. Acquired by Datawords Group in 2019, Whatsquare merges the best-in-class multicultural technologies and omni-channel chat automation platform.
Led by Katherine, the team has launched most successful cases for renowned global brands connecting over million consumers on messengers. Many showcases have demonstrated possibilities of chatbot in every micro-moment for marketers to adopt in their strategic planning and consumer journey. Pioneering Facebook AR/VR implementation in 2018, Katherine has expanded business verticals to Facebook, Instagram, and Messenger AR camera in bridging digital experience with gamified metaverse.
Before entrepreneurship, Katherine was a seasoned marketing communication professional across retail, finance, and real estate sectors. Mix of advertising academic background and consumer insights from clients’ perspective lifted her vision to create future form of B2C by innovation and technology.

Tommie is the founder and CEO of Preface, an A.I.-powered education technology company that provides personalised education, disrupting the traditional form of classroom and school systems. Tommie graduated with the Departmental Scholars Award from the Economics department at UCLA. He was also a PhD student from LSE in Economics before he dropped out and fully committed himself to building Preface and revolutionizing the education industry. Under his leadership, Preface became the first Asian company to be crowned with the EdTechX Global Award in 2018. The company continues its global expansion from Hong Kong to London, Tokyo, and beyond.