AmChams of Asia Pacific (AAP) will kick-off its 2022 Virtual Door Knock with a session with Melissa Brown, Deputy Assistant Secretary of State in the Bureau of East Asian and Pacific Affairs and Matt Murray, US Senior Official for APEC. 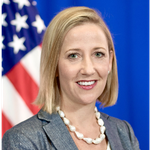 Deputy Assistant Secretary, Bureau of East Asia and Pacific Affairs at US Department of State 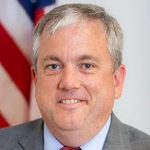 US Senior Official For Asia-pacific Economic Cooperation (APEC), Bureau Of East Asian And Pacific Affairs at US Department of State 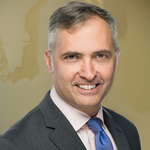 Deputy Assistant Secretary, Bureau of East Asia and Pacific Affairs at US Department of State

From 2019 to 2021, Melissa served as the Chargé d’Affaires, a.i., at the U.S. Mission to the Association of Southeast Asian Nations (ASEAN) in Jakarta, Indonesia, where she led an unprecedented expansion of U.S. engagement with ASEAN, as well as efforts to mobilize ASEAN to resolve the political crisis in Burma. Previously, Melissa was the Counselor for Economic and Political Affairs at U.S. Embassy Singapore from 2016 to 2019, where she also served as Acting Deputy Chief of Mission for one year and oversaw execution of the historic 2018 U.S.-DPRK Singapore Summit.

A Southeast Asia expert with a strong trade policy background, Melissa was previously assigned to Jakarta, Indonesia, as the Trade and Investment Unit Chief in U.S. Embassy Jakarta’s Economic Section. In Washington, she was also detailed to the Office of the U.S. Trade Representative (USTR) and served on the U.S. State Department’s Vietnam Desk. Her earlier overseas diplomatic assignments included: Port Louis, Mauritius, and Bangkok, Thailand.

US Senior Official For Asia-pacific Economic Cooperation (APEC), Bureau Of East Asian And Pacific Affairs at US Department of State

Matt Murray was appointed as the U.S. Senior Official for Asia-Pacific Economic Cooperation (APEC) in February 2022. In this role, he coordinates U.S. participation in APEC and also oversees the Office of Economic Policy in the State Department’s Bureau of East Asian and Pacific Affairs.

Prior to his current assignment, Matt led the State Department’s Bureau of Economic and Business Affairs (EB) as Senior Bureau Official from August 2021 to January 2022, and he served as Deputy Assistant Secretary of State for Trade Policy and Negotiations from September 2020 to August 2021.

Matt is a Senior Foreign Service Officer who also has served overseas in Beijing, Shanghai, Dar es Salaam and New Delhi and in Washington, D.C. as Director of the 24/7 Watch in the Bureau of Intelligence and Research. He has master’s degrees from the U.S. Army War College and the University of Pittsburgh and a bachelor’s degree from Washington College in Chestertown, Maryland.

This is his fourth time elected as Chair of AmCham’s of Asia Pacific, previously serving from 2009-2012). He has been active in American Chambers of Commerce throughout his time in Asia, including serving four terms as Governor of AmCham Singapore, being elected its Chair three times.

A member of the Clinton Administration, Steven served as Deputy General Counsel at the Department of Transportation where the Secretary awarded him a Special Service Commendation.

A sought-after expert, he speaks frequently in the media, authors regular commentary and gives speeches and presentation to businesses, universities and at conferences across the region.