There is a paradigm shift in China's retail industry as Covid-19 has accelerated the growth of e-commerce, where more and more stay-at-home shoppers have opted for contactless and digital payments. A surge of demand in online services has presented new opportunities for retail and logistics companies. How are Chinese consumers' shopping behaviors changing? What are the implications for business? What about the long term impact on China's new retail model? What does the future hold for China's e-commerce?

Please join our panel of experts as we take a close look at China's commercial landscape in post Covid-19. 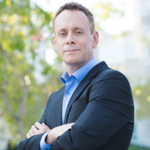 Jordan Berke leads Tomorrow, a strategic consulting firm focused on digital transformation within retail. He has over 20 years of digital retail and marketing experience, having been an early leader in the online marketing industry in the United States and subsequently leading Walmart’s e-commerce and in-store digital efforts in China for nearly 10 years.

Jordan began his career with Beyond Interactive, one the world’s first digital marketing agencies (now owned by WPP). At Beyond, Jordan worked with leading brands to create digital acquisition and retention programs, while setting industry standards for digital display media, email-based CRM, and ad-tracking.

Jordan joined Walmart in 2005 and held positions in Merchandising, Store Operations, Finance, Strategy, and eCommerce. In 2010, he led the launch of Sam’s Club’s e-commerce business in China and expanded its O2O offering across multiple regions.

In 2015, Jordan’s team launched Walmart’s e-commerce business in China and was instrumental in the company’s subsequent alliances with Tencent, JD, New Dada. He led the expansion of Walmart's e-commerce business to include multiple offerings, including its pioneering one-hour fresh and grocery service, which now serves millions of customers across 30 cities.

Jordan pioneered Walmart's use of in-store digital innovation and CRM in China, where the company took significant steps to digitize and personalize the in-store experience. Walmart's Scan & Go WeChat Mini Program is considered a leading example of retail digitalization worldwide, transforming how customers experience the physical store, while providing brands with a platform to engage users on a 1-to-1 level.

Jordan now advises leading retailers on accelerating digital transformation, with a focus on strategies to win in eCommerce, personalization, and omni-channel fulfillment.

Mr. KK Chua joined Mary Kay in 1995 as President of Mary Kay China, and in 1998, was promoted to be the President of the Asia Pacific Region. As Regional President, KK’s responsibilities include all areas of the Company that directly support the success of our subsidiaries in our Asia Pacific markets, which include Australia, China, Hong Kong, Korea, Malaysia, New Zealand, Philippines, Taiwan, and Singapore.

KK was instrumental in building the foundation for Mary Kay China to grow, and helped grow the Asia Pacific Region to become Mary Kay’s largest region in the world in 2011 with a sales in excess of US$1.5 billion and still growing.

Prior to Mary Kay, KK held senior executive positions in the media and film industry in Asia for Hollywood Studio and was Regional Vice President for United International Pictures. He was one of the pioneers to negotiate the release of Hollywood movies in China in 1995. He has had extensive prior working experience throughout Asia and in Europe. He helped spearhead the opening of Korea, Indonesia and China to Paramount, Universal and MGM’s products.

KK graduated in Business Studies from Ngee Ann Polytechnic in Singapore as the most outstanding student in his faculty and attended the Executive Development Program at Cornell University. While residing in Sydney, KK served as a member of the Council of Governor of Amcham Australia from 2001-2006.
KK is the recipient of the Prestigious Marco Polo Award from the State Administration of Foreign Talent exchange whose recipient includes President HW Bush. KK is a board member of the Viva China Children cancer foundation and he has also given lectures at Wharton Business School on several occasions.

KK has lived and worked in London, Beijing, Hong Kong, Shanghai and Sydney. He is currently resides in HK and is married to Dorothy. They have three beautiful daughters age 31, 28, and 27.

Ben Simpfendorfer is CEO of Silk Road Associates, a data-driven strategic advisory based in Hong Kong.

Ben is a Mandarin and Arabic speaker, and author of The New Silk Road (2009) and The Rise of the New East (2014). He is a leading specialist on China’s Belt & Road Initiative (BRI) and a member of the Foreign Experts Committee advising the Chinese government on BRI’s implementation. He is a Board Member of PBEC, one of Asia’s oldest business organizations, and Co-Chairman of the China Business Committee at AmCham Hong Kong. He is also a regular commentator on Bloomberg & CNBC.