China Business Committee
Register
Save the date
Save the dateOctober 15, 20195 PM - 7 PM (GMT+8) Add to Calendar

As China's GDP growth continues to decline, what should we expect for the medium term and how do we interpret the growth data for the rest of 2019? Beijing faces a very difficult set of options. On one hand it must rein in credit growth to a sustainable level, but this would mean driving GDP growth to much lower levels, perhaps below 3%. On the other hand slower growth will worsen elite political conflict domestically and may exacerbate Washington's trade stance.

Michael Pettis, an expert on China's economy and Chinese financial markets who is based in Beijing, will share his own perspective of China's struggling economy.

Hosted by the China Business Committee​ 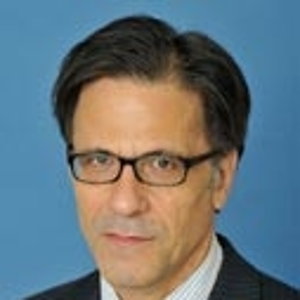 finance professor at the Guanghua School at Peking University

Michael Pettis is a finance professor at the Guanghua School of Peking University and Senior Associate at the Carnegie Endowment for International Peace. He joined Peking University in 2004 after teaching two years at Tsinghua University. His research focuses mainly on the financial markets in China, global trade and capital flows, and central banking.

Before moving to China in 2002 Pettis spent fifteen years on Wall Street running fixed-income trading and capital markets desks. He spent the last nine of those years also teaching graduate courses in Emerging Markets, Fixed-income Arbitrage, and Financial History at Columbia University. He was Managing Director and ran the Liability Management and Latin American Capital Markets groups at Bear Stearns. Before that he started and ran the Latin American fixed income trading and capital market desks at CSFB, having started his career in 1988 trading restructured sovereign loans at Manufacturers Hanover (now JP Morgan). During this time he has advised the Mexican government on the privatization of the national banking system, the Macedonian government on its commercial bank debt restructuring, the South Korean government on its 1998 commercial bank debt restructuring, and various Latin American governments on their debt issuance strategies.

Pettis publishes a blog, China Financial Markets, which was ranked by the Wall Street Journal as one of the top fifteen economic blogs worldwide, and is one of the reasons cited by Bloomberg-BusinessWeek for including him in its 2016 listing of The 50 Most Influential People In The World Of Finance. Pettis has published widely, including for Foreign Affairs, Foreign Policy, World Policy Journal, Far Eastern Economic Review, Columbia Journal of World Business, Harvard Business Review, Wilson Quarterly, Financial Times, The Wall Street Journal, Newsweek, Caijing, and several other leading periodicals. His most recent book, Avoiding the Fall: China's Economic Restructuring, (Carnegie Endowment for International Peace, 2013), was selected by the Financial Times as one of the top ten books on business and economics in 2013. He is also the author of The Great Rebalancing: Trade, Conflict and the Perilous Road Ahead for the World Economy (Princeton University Press, 2013), After the Fall: The Future of Global Cooperation, (Geneva: ICMBS, 2012, co-authored with Jeffrey Frieden, Dani Rodrik and Ernesto Zedillo), Is China Vulnerable? The Causes and Consequences of Financial Fragility (Tsinghua University Press, 2003), The Volatility Machine: Emerging Economies and the Threat of Financial Collapse (Oxford University Press, 2001), and Managing Sub-Investment Grade Sovereign Risk (Euromoney Press, 1997). He received an MBA in Finance and an MIA in Development Economics from Columbia University.