From Made in China to Created in China: Implications for the West

In the past, American companies have repeatedly voiced their concerns over Chinese piracy of American intellectual property, a practice which has cost the Americans billions of dollars. However, in recent years, an opposite phenomenon is arising: China has become a global trendsetter in innovation & tech, retail and e-commerce "by working harder, innovating faster and going global." From indigenous innovation to Made in China 2025, China is poised to become a global leader in innovation and technology, directly challenging the current landscape dominated by the US.

What is China's secret strategy and its implications for the western world? What are the global impacts of 'splinternet,' one dominated by China and the other by the US? In this luncheon event, a panel of experts share their analyses from a multidimensional perspective. 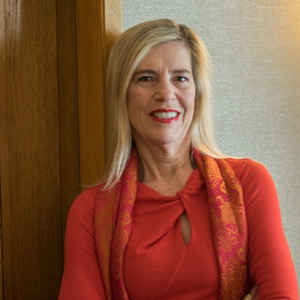 Journalist, author and media entrepreneur Rebecca Fannin is the founder of Silicon Dragon. She leads news, events and research at Silicon Dragon, writes a weekly column at Forbes.com and contributes to CNBC.com.

Rebecca’s new book (Tech Titans of China – 2019), is published globally by Hachette’s Nicholas Brealey Publishing. Her previous books, Silicon Dragon (McGraw-Hill, 2008) and Startup Asia (John Wiley, 2011), document the rise of a tech economy in Asia’s emerging markets and profile such leaders as Jack Ma of Alibaba and Robin Li of Baidu. Her books were translated into Chinese, Vietnamese and Arabic, and received favorable reviews from the Financial Times, The Wall Street Journal, China Daily and New York Times. She is a contributing author of Innovation in Emerging Markets (Palgrave Macmillan, 2016). See more about Rebecca’s career here.

Rebecca began her global journalistic career as editor of the Pulitzer-owned International Business magazine. Later she was an international editor at Incisive Media in Hong Kong and at Red Herring in San Francisco. Her work has appeared in Harvard Business Review, BBC Capital, Inc., Huffington Post and The Deal. She is a key contributor to several KPMG reports on global technology innovation, and has written thought leadership papers for other multinational companies.
An expert commentator, Ms. Fannin has spoken at the World Economic Forum, Asia Society, China Institute, World Affairs Council, NASSCOM and many universities and organizations worldwide. She has appeared on CNBC, Bloomberg TV, CCTV, CBC, Discovery Asia and Times of India channels. In 2010, Rebecca provided expert testimony to a U.S. Congressional committee about China’s Internet. 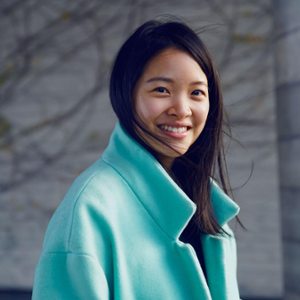 Jenny joined WeLab in 2014 as one of the early employees and has led key strategic projects and capital markets transactions, helping raise over $400 million in funding. She also built WeLab’s growth team from the ground up to bring digital financial products to users’ fingertips and establish strategic partnerships to further scale WeLab’s business. In 2018, she led and oversaw the company’s expansion into Southeast Asia with a joint venture in Indonesia. She currently leads product strategy and development, focusing on reimagining and delivering customer-centric fintech products in-line with the company’s vision of bringing joy to everyone’s financial journey. Prior to joining WeLab, Jenny was an investment banker on Wall Street in New York and Hong Kong, executing M&A and capital markets transactions and advising companies on strategic options.

Jenny made Forbes 30 Under 30 list in 2016 and has a Bachelor of Arts degree from Wellesley College. 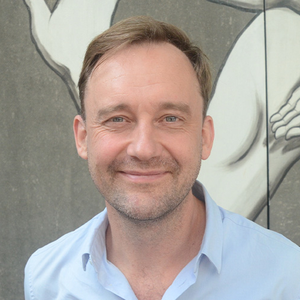 He's also the author of an e-book on Chinese innovation and startups, titled “Shenzhen Superstars – How China’s smartest city is challenging Silicon Valley”. It became an immediate Amazon bestseller.

For almost two decades he’s covered news from a wide range of countries.

Today, he spends most of my time traveling China and neighboring countries, conducting interviews with presidents and peasants, entrepreneurs and migrant workers, triad members and government officials; all those who shape tomorrow’s Asia.

During the 2008 financial crisis he was stationed as foreign correspondent in London. He’s got an MBA from the University of Gothenburg in his native Sweden, and is the author of an acclaimed management book called Simplify (Förenkla, Liber publishing).

He lives with his family in Hong Kong.

He's a member of the Swedish Union of Journalists and the Foreign Correspondents' Club in Hong Kong. 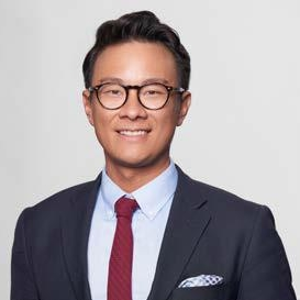 David Chao is the Global Market Strategist for Asia Pacific, responsible for developing Invesco’s view on the investment market and global economy, as well as providing strategic investment advice to financial professionals and clients in the region. He joined Invesco in 2019.
David has over 15 years of experience in the financial industry across Asia Pacific and North American markets. He has built strong business and governmental networks through providing advisory services to facilitate investments throughout Greater China and Southeast Asia. Prior to joining Invesco, David led the Foreign Direct Investment Advisory unit for United Overseas Bank in Hong Kong. He started his investment career in New York with Goldman Sachs, and later spent over 5 years as an equity analyst with Balyasny Asset Management and Visium Funds.
David holds a Bachelor of Arts cum laude in International Political Economy from Cornell University as well as a Masters in International Affairs from the University of Hong Kong. He is currently the Vice Chair of the Trade and Investment Committee at American Chamber of Commerce in Hong Kong.