GET (Girls Entering Tech) Success: What does Music have to do with it?

Myths of Women in Tech

You don't have to be a "Techie" to take Advantage, Tech can be found everywhere - in the arts, in music - it is truly ubiquitous.!

Learn how Tech can help you succeed in whichever field you are interested in.

We invite all students, innovators, educators, and professionals - both men and women - to join our discussion with three distinguished tech leaders:

(Of course men welcome as well!) 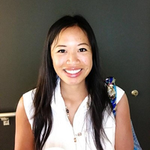 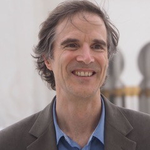 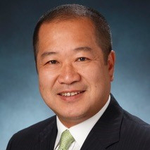 Kathryn Cheng is an experienced General Manager in Business Development, Partnerships and Product with a demonstrated history of growing and managing revenue generating programs at scale. She currently leads the Strategic Partnership team at ZipRecruiter, an online employment marketplace that leverages AI-powered smart matching technology to actively connect millions of employers and job seekers. Prior to ZipRecruiter, she was the head of Innovation at Citibank for 5 years, championing technology to identify new growth opportunities globally.

Kathryn learned the value of how technology democratizes access at an early age with a family based in Hong Kong and work and education in the U.S. She started her career in publicity with Disney and is currently on the advisory board of a parenting start up “Peace at Home Parenting."

Roger B. Dannenberg is Emeritus Professor of Computer Science, Art & Music. He received a Ph.D. in Computer Science from Carnegie Mellon University in 1982. He is internationally known for his research in the field of computer music. He is the co-creator of Audacity, an audio editor that has been downloaded 100's of millions of times, and his patents for Computer Accompaniment were the basis for the SmartMusic system used by hundreds of thousands of music students. His current work includes live music performance with artificial computer musicians, automatic music composition, interactive media and high-level languages for sound synthesis. Prof. Dannenberg is also a trumpet player and composer. He has performed in concert halls ranging from the historic Apollo Theater in Harlem to the modern Espace de Projection at IRCAM in Paris. Besides numerous compositions for musicians and interactive electronics, Dannenberg co-composed the opera La Mare dels Pexios with Jorge Sastre, and translated and produced the opera in English as The Mother of Fishes, in Pittsburgh in 2020.

Henry is an experienced Corporate Executive, is a serial entrepreneur and has served on numerous Boards. He has held senior executive roles with IBM in US, Europe and Asia and was formerly the Group CFO for Telstra International Group based here in Hong Kong. In addition to founding and investing in multiple tech related companies, Henry engineered the NYSE IPO of Autohome (ATHM), while also serving as a Board member and CFO. 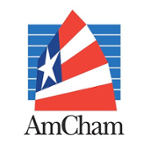