Greater Bay Area in Sir Gordon Wu’s Eyes: The Past, Present and Future

- GBA Insights Series (The event is sold out)

A pioneering entrepreneur from Hong Kong investing in Mainland China since 1980s, Sir Gordon Wu, KCMG and FICE, Chairman of Hopewell Holdings, is most known for his success in building many milestone infrastructure projects in Guangdong, such as the China Hotel in Guangzhou, Guangzhou-Shenzhen-Zhuhai Superhighway System, Shajiao B and C Power Plants, Humen Bridge, among others.

Success didn't come easy in the early stage of China's open door and reform. Sir Gordon introduced the Build-Operate-Transfer (BOT) concept in developing major projects and critical infrastructures that contributed immensely to the economic takeoff of the Pearl River Delta (PRD), along with the persistence in helping China to optimize "the rules" were the two keys for his success.

What could we relearn from PRD developments over the past decades? How can we propel the changes and pave the way for future success in China's market? At the event, Sir Gordon will share his hands-on investment experience in the PRD, the current status and the future of the Greater Bay Area development.

The session is co-hosted by the Infrastructure and Construction Committee and China Business Committee. 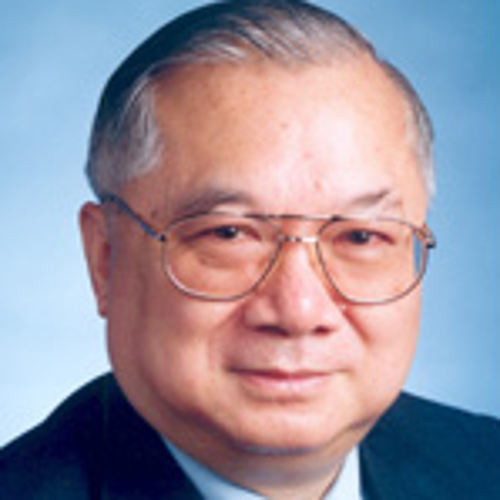 Hopewell Holdings Founder and Chairman Sir Gordon Wu Ying Sheung first revealed his vision for a giant sea bridge stretching from Hong Kong to Macau and on into China back in 1983. That was still a year before the 1984 Joint Declaration in which London and Beijing set out the pathway for Hong Kong's return to Chinese sovereignty in 1997. By then, the Princeton University engineering alum's ambitious dream had begun to take shape -- only to be derailed by the Asian Financial Crisis. Last year, his dream became reality when the Hong Kong-Zhuhai-Macau Bridge opened after a decade of construction.

Sir Gordon has had no shortage of pioneering projects since setting up Hopewell Group in the 1960s. He was the first Hong Kong entrepreneur to identify Mainland China's potential for infrastructure development, and entered the market soon after China embarked on its Open Door and Reform Policy in 1979. Major highway and power generation projects he launched in Mainland China include Guangzhou-Shenzhen Superhighway, Guangzhou East-South-West Ring Road, Phases I, II and III of the Western Delta Route, Shunde Highways System, Humen Bridge, Shajiao B and C Power Stations, and Heyuan Power Station. In total, the Hopewell Group has invested in over 400km of highways, and power plants with a total generating capacity of 6,125MW, in Mainland China. These infrastructure projects involved an investment of HK$83 billion; a figure that excludes the group's real estate investments.

Sir Gordon’s awards and honors include: Lifetime Achiever Award by the Royal Institution of Chartered Surveyors (2019), Lifetime Achievement Award of the 9th Asia Business Leaders Award by CNBC (2010), Gold Bauhinia Star by HKSAR (2004); Leader of the Year in the Business/Finance category by the Sing Tao Daily/The Standard (2003); Knight Commander of the Order of St Michael and St George for Services to British Exports by the Queen of England (1997); Industry All-Star by Independent Energy USA (1996); and International CEO of the Year by George Washington University (1996), as well as eight Honorary Doctorates from eight International and Hong Kong Universities.