Join us in welcoming Mr Hanscom Smith as the new US Consul General to Hong Kong and Macau.

Hong Kong is a strategic pivot point for multinational enterprises expanding their businesses in China and the Asia Pacific region. AmCham values its partnership with incoming CG Smith and his team to strengthen commerce and people-to-people ties between the United States and Hong Kong, and to promote Hong Kong's free and open society and the rule of law as a foundation for success of American business in Asia.

At this luncheon, hosted by AmCham HK, the Consul General will deliver his first public remarks in Hong Kong, in the presence of over 150 senior executives. 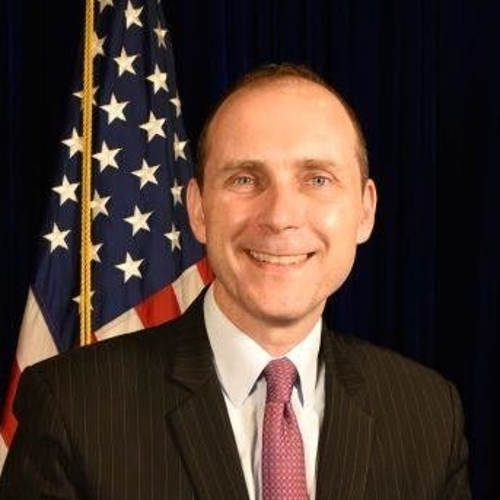 US Consul General at US Consulate General Hong Kong and Macau

Mr. Smith is a career member of the Senior Foreign Service, most recently acting as the Deputy Assistant Secretary of State responsible for China affairs.

Mr. Smith previously served as Consul General in Shanghai and as Director of the Office of Chinese and Mongolian Affairs at the Department of State. He has also served at the United States embassies in Yaounde, Copenhagen, Phnom Penh, Bangkok, Kabul, and Beijing. In addition, Mr. Smith worked in the Office of Japanese Affairs at the Department of State, and was team leader at the United States Provincial Reconstruction Team in Muthanna Province, Iraq. He has also worked at the American Institute in Taiwan.

Mr. Smith holds a bachelor’s degree from Georgetown University, master’s degrees from the London School of Economics and Princeton University, and a certificate in political studies from Sciences Po in Paris. In addition, he was a Council on Foreign Relations International Affairs Fellow in Japan. His foreign languages are Mandarin Chinese, French, Danish, and Khmer. A native of Maine, Mr. Smith is married to Ying-tsung Lu.

Director of Events and Marketing