The acceleration of legal technology has created opportunities for law firms, businesses and universities to maximize efficiency, while new online applications have made it easier for individuals and entities to access legal and regulatory information directly. Such technology has already made a significant impact across a wide range of services and capabilities including document storage, online signatures, electronic discovery, billing, law research, lawyer matching, and more. In the post-pandemic world, it will be more important than ever for individuals and entities to keep up to date with the latest developments in these areas.

As one of the world's most competitive and dynamic economies, Hong Kong is poised to emerge as a leader in this space. What new ideas are Hong Kong's famously energetic start-ups developing for the future of legal and regulatory tech?

Join us on May 6 for the Session 10: LegalTech. We will invite start-ups that are inspiring and creating new legal and regulatory technologies for individuals, corporates, law firms, universities and the government. The winning startup will receive valuable feedback, become part of the AmCham community, make great connections, and be eligible for prizes.

Startups in the following fields can sign up anytime before the respective deadlines: 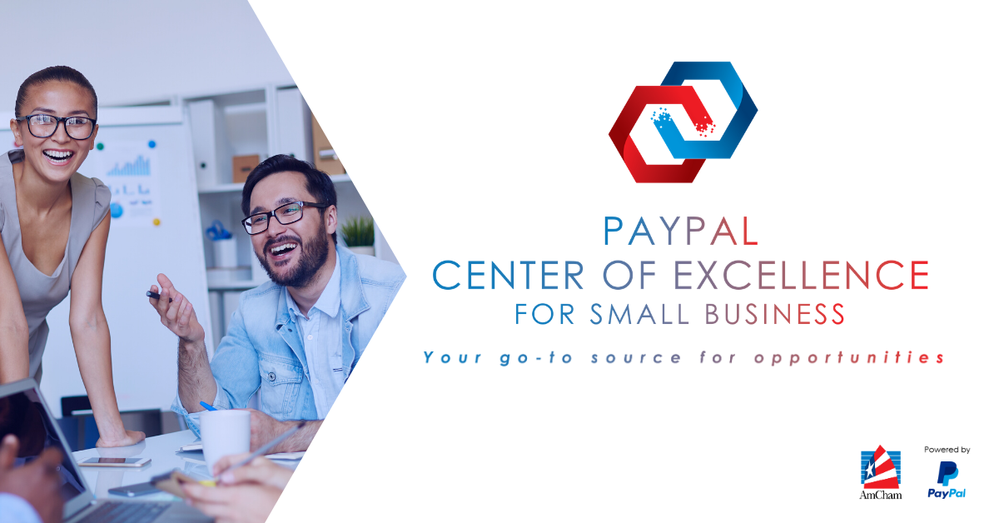 Start-Ups of the Month 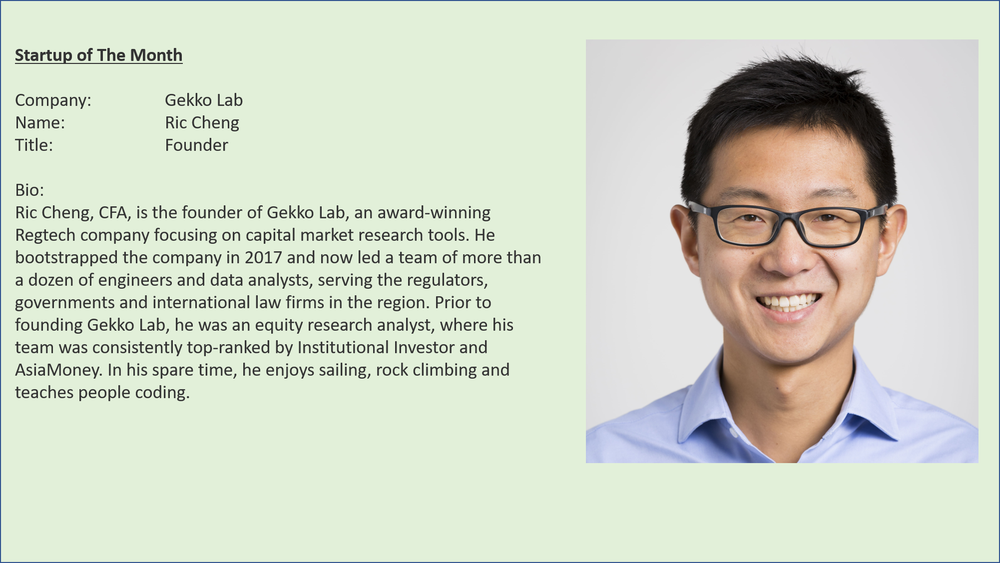 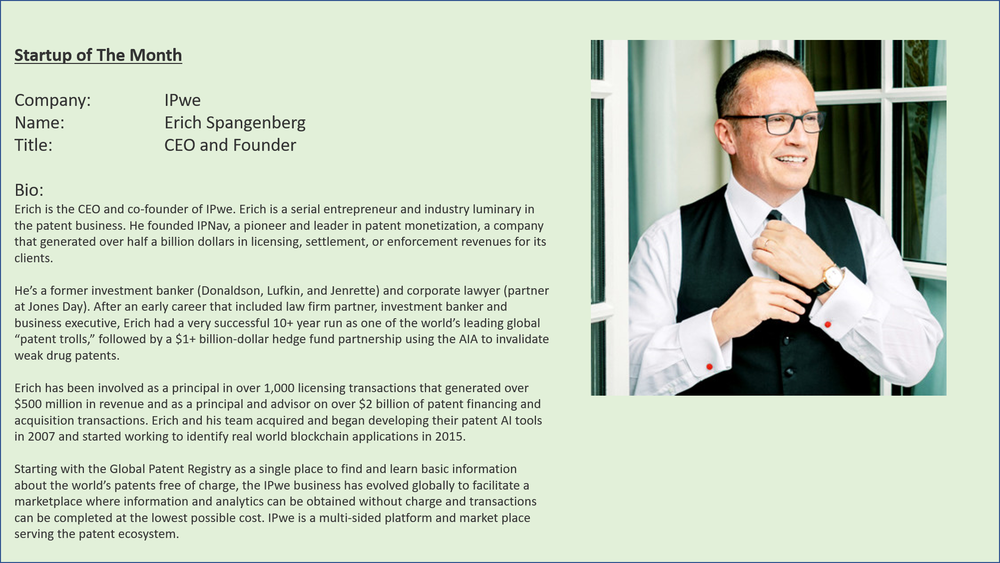 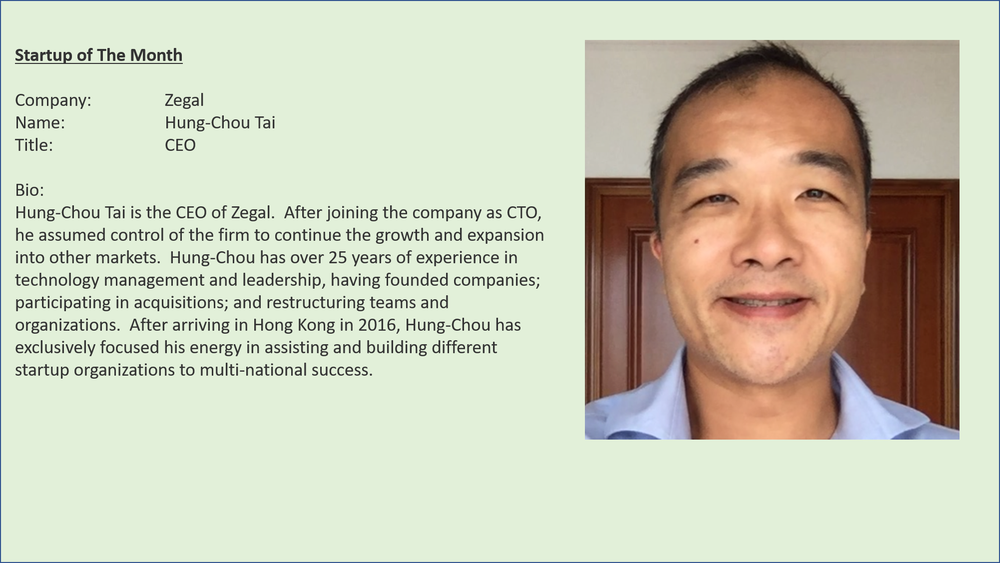 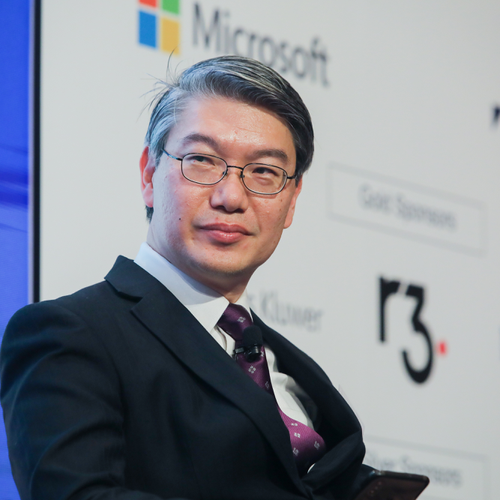 (Inspiration of The Month)

BRIAN W TANG is founding co-chair of the Fintech Association of Hong Kong’s Regtech Committee, which has been recognized by the Hong Kong Monetary Authority in its two-year roadmap to promote regtech adoption as playing a “key role in the [regtech] ecosystem”. Brian is managing director of ACMI and founding executive director of LITE Lab@HKU - an interdisciplinary and experiential programme that fosters law, innovation, technology and entrepreneurship (LITE) at University of Hong Kong's Faculty of Law. Brian co-founded APAC Regtech Network (which brings together the regtech committees of the fintech associations of Hong Kong, Singapore, Japan and Malaysia); World Regtech Summit (which featured more than 80 regtechs in conjunction with Hong Kong Fintech Week 2020) and organized Hong Kong’s first lawtech and regtech hackathons LegalRegtechHack (which included mentors from the Securities and Futures Commission). Brian has been invited to speak and consult with financial institutions, fintechs and regulators (including at the HKMA’s AML/CFT Regtech Forum) and is a principal instructor for the world’s largest fintech online course on edX with more than 90,000 learners worldwide. Brian is also a globally recognized co-author of Wiley’s The FinTech Book, The RegTech Book , The AI Book and The LegalTech Book. Brian was previously at global investment bank Credit Suisse in Hong Kong and Wall Street law firm Sullivan & Cromwell in New York and Silicon Valley. 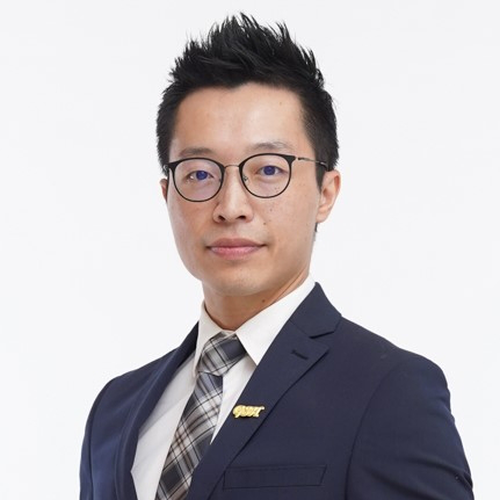 Jay Chong is Co-Founder & Chief Business Officer of GSH Capital. The company specializes in providing management consulting and investment services to both private and public organizations by analyzing the organizations' businesses focusing on financial performance, people management and business strategies. Michelle Wei is vice president and Deputy General Counsel at Flex. Flex (Reg. No. 199002645H) is the manufacturing partner of choice that helps a diverse customer base design and build products that improve the world. Through the collective strength of a global workforce across 30 countries and responsible, sustainable operations, Flex delivers technology innovation, supply chain, and manufacturing solutions to diverse industries and end markets.

Michelle served as secretary and director of Hong Kong Corporate Counsel Association (“HKCCA”). She is vice chair of the Law Committee at American Chamber of Commerce Hong Kong (“AmCham HK”). Sebastian leads FiscalNote's Asia-Pacific business. FiscalNote is a World Economic Forum Technology Pioneer for "Government Relations 2.0;" applying analytics to track and manage fast-developing regulations and public policies. He also co-teaches a legal innovation & ethics course at the Faculty of Law, University of Hong Kong. Sebastian was founding chairman of the InnoTech Law Hub at the Law Society of Hong Kong. He was Asia regional director and senior legal counsel at Epiq, a leading legal solutions provider. He focused on data protection, fintech and technology commercialization in private practice. Sebastian is a co-author of The RegTech Book and The LegalTech Book (Wiley). He holds science and law degrees, including the Bachelor of Civil Law (Oxford). He is qualified as a solicitor in Hong Kong and an attorney in the U.S. 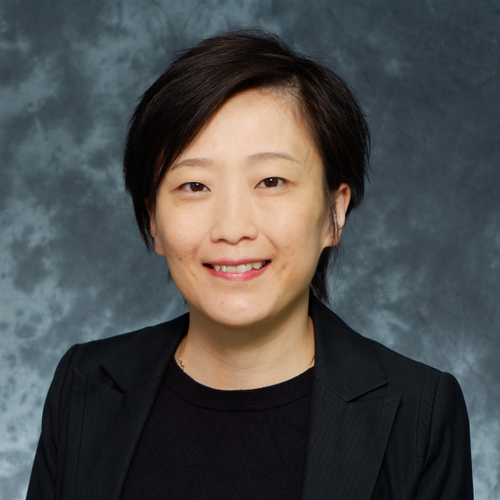 Head of Government Relations at Paypal

Michelle is PayPal’s Head of Government Relations and oversees public policy and government affairs in Hong Kong, South Korea and Taiwan. Prior to this role, she worked in the Hong Kong Monetary Authority and Department of Justice and specialized in financial regulatory and administrative law litigation. Michelle is a non-practicing barrister qualified in England and Wales and Hong Kong. 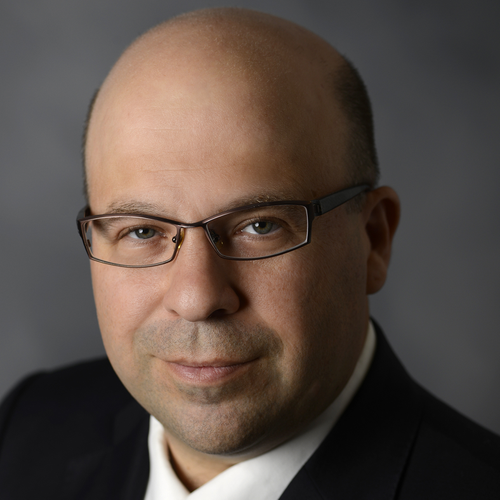 Nicholas Blank is a Managing Director in Nardello & Co.’s Hong Kong office. Nicholas has lived and worked in the Greater China region for more than 20 years, managing a wide variety of investigations, including those pertaining to conflicts of interest, corruption and intellectual property theft. He is often positioned on the front line of investigations, and has particular expertise leading whistleblower-initiated internal investigations that meld human intelligence collection, digital forensics reviews and overt interviews. A fluent Chinese speaker, Nicholas is a Certified Fraud Examiner and Certified Anti-Money Laundering Specialist. Nicholas is a graduate of Johns Hopkins School of Advanced International Studies (“SAIS”) in International Economics and International Relations. Nicholas has also studied politics and economics at Renmin University in Beijing. 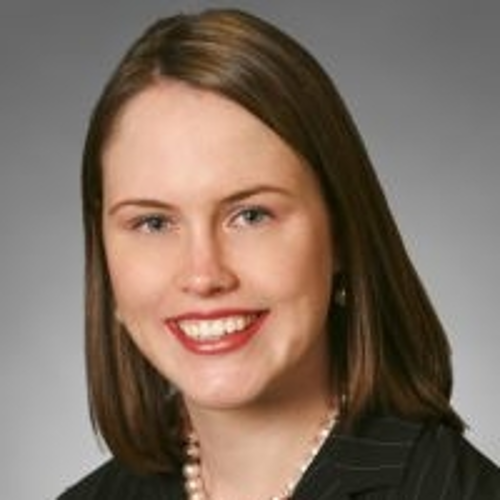 As a partner in Akin Gump’s international trade practice, Tatman Savio counsels clients on US law and policy affecting international trade and business, including sanctions, export controls, and anti-corruption laws. She also represents clients in national security reviews conducted by the Committee on Foreign Investment in the United States (CFIUS).

Tatman has been recognized by Chambers Asia-Pacific and Chambers Global. She was named “International Trade Lawyer of the Year” by The Asian Lawyer 2020 and “Best in International Trade” by the Legal Media Group Asia Women in Business Law Awards 2019. Tatman was shortlisted for Best in International Trade in 2019, and Best in Compliance and Regulatory in 2017-2018, at Euromoney’s Asia Women in Business Law Awards. In 2018, she was shortlisted for “Women Lawyer of the Year” at the Asian Legal Business Hong Kong Law Awards and recognized in the WorldECR Awards as part of a team of “renowned export control and sanctions lawyers”.

Tatman has worked in secondment roles at two Fortune 50 companies, where she performed the functions of compliance and investigations counsel. 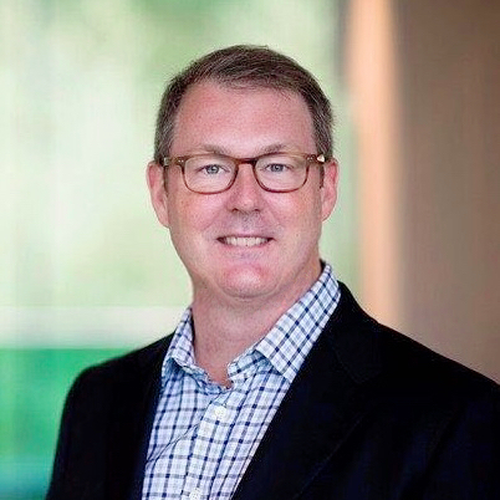