Launching and Running a Global Business from Hong Kong

Hong Kong has historically served as a base in Asia for multinational companies in finance, insurance and trading, among other industries. Traditionally these offices are satellite offices far from headquarters, opened for a specific purpose such as a foothold for the brand in the China market or procurement operations for product lines that are developed and managed abroad.

However, there are companies who have chosen Hong Kong as their foundation, validating their products here before expanding abroad, or who have decided to locate their core value-add operations to Hong Kong as their headquarters. What is it that made Hong Kong a compelling choice to validate their products, or to conduct their core operations here? What advice can we learn from their experiences, to help start our companies or to grow our businesses and serve a global customer base from Hong Kong?

In this event, we will discuss this and learn from our panelists' experiences and strategies. If you are thinking about starting a company or are already running a business unit in Hong Kong, you are welcomed to join this event which includes an interactive Q&A with the panelists followed by time for networking in person. 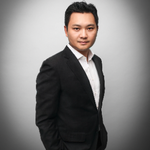 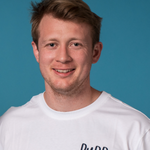 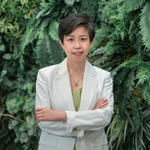 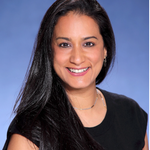 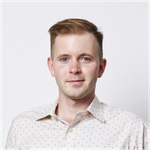 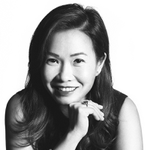 Mr. Andy Ann is a serial digital and technology entrepreneur dedicated to making dreams into reality. He is the founder and Chairman of NDN group and founded Klarity Analytics, acquired by Meltwater; Co-Founder of Hot Mob, a leading mobile data company. He started NDN2 Vision Fund and venture built over 10 startups including NOIZChain, a Blockchain as a Service solution company; GoImpact Capital Partners, a ESG Learning platform; YAS Insurtech, a FPS based microinsurance platform and Articoin, a green NFT marketplace for charity organisations.

For over 20 years, Andy has built disruptive businesses that future-proof our world. In addition to leading and growing his own companies, he actively contributes to the startup community and is well known for discovering and mentoring high potential entrepreneurs. Active in angel investing, incubators and startup communities, Andy invests in AI SaaS, Blockchain, Data, and is deeply engaged in ESG and community services.

He is one of the founding members at the TEDx conferences, focusing on inviting inspirational speakers in areas of NGO, Social Enterprise and Philantrophy, to uncover new ideas to make the community a better place for all. In addition, he was awarded as Young Entrepreneur Winner of HDL and SCMP as well as EO Piaget in 2008 and 2013 respectively. In 2013, he was nominated as the top 50 most influential businessman in China by Leader's Talk. In 2021, he was named one of the 300 Most Powerful People in HK. He is also the Executive Committee of One Foundation Hong Kong, Hong Kong Management Association, Belt & Road Committee of Trade Development Council, and he was the President of the CUHK EMBA Alumni Association.

Andy graduates from the University of British Columbia with a degree in Economics and Psychology. He also holds an EMBA degree from CUHK. He is also a lecturer at HKU and HKUST. He has trained over 5000 senior executives in digital transformation including corporations and institutions such as: UBS, Bloomberg, HSBC, DBS, Nike, Loreal, CPA Autralia, SwissRe, AIA, CSL, Wharf Holdings, Richemont Group, Nuskin, LVMH, Broadway, American Chambers of Commerce, HK Jockey Club, Kering Group and more.

Ryan moved to Hong Kong 8 years ago from Edinburgh, Scotland, although for the most part the accent has gone. Working in real estate for the majority of his career, he recently made an unconventional shift in the pet food space, by launching a DTC dog food brand (Buddy Bites) with his co-founder, Chris.

Buddy Bites is a direct-to-consumer, subscription-based dog food startup that has committed to helping feed dog shelters in Asia by donating 1KG of their food for every 2KG that they sell. Currently 2 years into business, they have just opened up in Singapore as they look to become a regional player.

Honnus is a dynamic financial leader and TMT (tech, media & telecom) start-up enabler with 20 years of experience in building multi-billion dollar corporate businesses in Asia. She started on Travelzoo and Yahoo, building both enterprises from start-up to scale-up in Asia-Pacific.

With a proven track record, extensive Asia-Pacific network, and a charismatic, hands-on approach, Honnus now advises the next generation of TMT & fintech game-changers. She has become a pillar in Asia’s finance and start-up communities and is particularly passionate about mentoring the women in business and young professionals who shape the future of tech.

As an enthusiastic whitepaper creator, Honnus has recently published a new whitepaper titled ‘Asia's Workforce Awakens to ESG’ in 2022 to inspire and empower organizations to unlock the new era of employee engagement with ESG initiatives.

Deepa started off her entrepreneurial journey at the age of 26 with her Arts & Crafts business, working with some of the largest retailers and growing her team with offices in the UK, India, USA, and Hong Kong. Having gone through numerous changes, including mergers, she now focuses on her HK Businesses, primarily J Gordhan. Her team works with over 80 factories in Asia, creating and producing products for. hobby, party and stationary retailers. One of their biggest USPs is that they are very thorough on product quality and testing that make it suitable and safe for all age groups.

Deepa also holds 2 very different board positions: one for a property development company and another for a health and wellness business. Deepa also holds a directorship in Tai-Pan Beer Co; and F&B importer distributing premium drinks to HK bars and restaurants.

Over the last few years, Deepa has invested in start-ups and also offers advice to young entrepreneurs. She has been very focused on mentoring, gender diversity, and inclusive leadership, which has led to her work with The Women's Foundation in Hong Kong.

Deepa has had a realisation that work cannot be your only passion and now has a love for walking and hiking, and has recently started to play tennis and learn the piano. Deepa also collects limited edition Swatch watches.

Friends and colleagues Deepa as loyal, funny, caring, and committed in all she does.

Preston’s experience centers around the consumer product space, specifically in product development and production. He is currently the electronics category manager for KW-Commerce Asia focused on US exports.

As a 2022 Co-Chair, he is focused on the Launchpad startup mentorship program as well as ensuring smooth operations of the committee.

Jenmon has over two decades of global brand-building experience. She started her career at Publicis and WPP network advertising agencies in Hong Kong, London, and New York across the luxury, fashion, and beauty sectors. She has partnered with many MNC, DTC, and founder-owned brands to help build their businesses through brand strategy, integrated campaigns, social media, digital transformation, and e-commerce production.

She led business development for Spring Studios in London, an independent luxury boutique agency, before returning to Hong Kong in 2019 to run Grey Advertising. With a firm conviction to share her industry experience and pay it forward to the next generation of young women, she was honored to be a mentor for the 20/21 cohort at The Women’s Foundation Mentoring Program for Women Leaders. Jenmon joined Straub Collaborative Inc in 2021, and she was instrumental in the content creation partnership for WOI Awards. She continues to serve on the WOI and the Innovation and Technology Committee at Am Cham.

Jenmon is a London School of Economics graduate, and she also holds a diploma from Wine and Spirit Educational Trust, London. She is a proud fur mom to her rescue dog Ronnie Wood.

Connect with 44 people attending this event 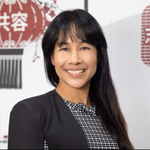 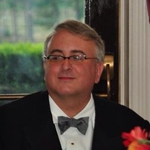 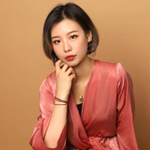 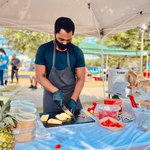 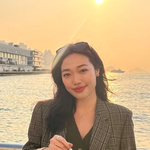 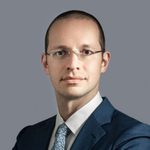