Join the Financial Services Committee and Douglas Elliott, Partner at Oliver Wyman, for a follow-up discussion from his January 2021 webinar & report: Financial Regulation Under Biden. 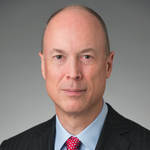 Mr. Elliott is a Partner at Oliver Wyman in New York. He focuses on public policy and its implications for the financial sector, especially financial regulation. This includes both domestic policies in the major economies and global standard setting. In 2016, Douglas was the lead author of a 150-page literature review of the impacts of the Basel capital and liquidity rules, which followed on a similar analysis of the impacts of global financial reforms that he wrote for the IMF several years earlier. He frequently appears on panels or as a speaker for the Fed, IMF, World Bank, JFSA, Asian Development Bank, Bank of England, ECB, ESRB, European Commission, Basel Committee, US Treasury, OCC, and other official bodies, as well as at trade group and industry functions.

Prior to joining the firm, he was a scholar at The Brookings Institution for seven years, where he wrote and spoke extensively on financial regulation and its international coordination. While there, he was the rapporteur for the Atlantic Council’s working group on transatlantic cooperation in financial regulation. He has twice been a Visiting Scholar at the International Monetary Fund, as well as a consultant for the IMF, the World Bank, and the Asian Development Bank.

He has testified multiple times before both houses of Congress and participated in numerous speaking engagements, as well as appearing widely in the major media outlets. The New York Times has described his analyses as “refreshingly understandable” and “without a hint of dogma or advocacy”.

Connect with 19 people attending this event 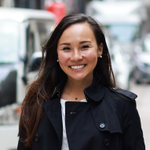