DE&I policies have been increasing in importance for companies in Asia. However, until recently most Asian companies and Asian branches of MNCs headquartered in North America and Europe have focused their DE&I policies and events almost exclusively on women and LGBTQ+ individuals in order to avoid the complexities and sensitivities of a discussion about incorporating other underrepresented groups into the workplace.

How can DE&I policies in Asia move beyond current trends to cover other underrepresented groups? Should companies in Hong Kong redouble their efforts to hire ethnic minorities, persons with disabilities, and persons from other forgotten minorities? What can companies do to ensure that persons from underrepresented groups in Hong Kong have the skills and experience necessary to be equal participants in the workplace?

Our panel of DE&I experts will discuss this relatively under-explored topic to move the conversation about DE&I forward in Hong Kong.

This event is one of the lead-up events for AmCham's 19th Women of Influence Awards. On Feb 21, AmCham invites all women and their allies to make the world a more equitable place. Ahead of IWD, we will discuss ways to create sustainable pathways for the growth of women from all walks of life, the under-represented and the community at large. Through meaningful and impactful dialogues, let us inspire, and be inspired, by what the future of women will look like. For more details about the awards, please visit: here 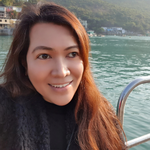 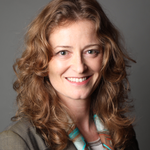 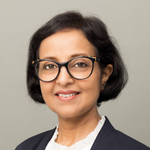 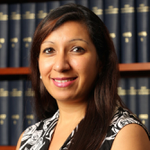 Brenda teaches in the Gender Studies program of The University of Hong Kong. She has a BS, MA and PhD in Psychology. She is among the most visible queer activists in Hong Kong and the Philippines and has appeared on TV and radio. She has been among the more prominent voices of the community speaking all over the world. Her research work and publications primarily focus on exploring trans identities using interdisciplinary approaches. She is on the Executive Board of ILGA Asia and the Society of Transsexual Women of the Philippines. She's a mentor to migrant worker groups in Hong Kong. She delivered a statement in 2018 at the United Nations on Transgender Advocacy week and won the Hong Kong LGBTQ plus Public Champion award and is one of the finalists for AmCham s Women of influence Woman Champion of Disadvantaged Groups and Minorities award.

As Asia Head of Diversity and Inclusion, Claire works closely with the Firm’s leaders to develop Morgan Stanley’s regional diversity and inclusion strategy with an emphasis on the hiring, retention, development and advancement of key talent. Through this work, Morgan Stanley has been recognized as one of the 100 Best Companies for Women in India by Working Mother, as one of the Best Workplaces for Women in Japan by Great Place to Work® Institute, and has received Gold and Silver standards for LGBT Inclusion in published indices in Hong Kong and Japan.

Claire, who joined the Firm in Hong Kong in 2001, has held various roles in talent development and learning, and was awarded the D&I Champion of Change in Asia in 2018 by Community Business.

Outside of Morgan Stanley, Claire has volunteered with The Women’s Foundation in Hong Kong since 2014. Previously a mentor and later a co-chair of the Mentor Program Steering Committee, she joined the Board in 2019 and also serves on the Male Allies Leadership Council.

Claire graduated from the University of Liverpool, England, with a BA Honours in Pure Mathematics and began her career as a Chartered Accountant, having qualified in London with the Audit firm Ernst and Young. She lives in Hong Kong with her husband and 14-year-old son.

Niru Vishwanath has been at the Equal Opportunities Commission (EOC) since 2011 starting in the Corporate Communications and Training Unit and moving to the Ethnic Minorities Unit when it was set up in 2014.

Her background lies in marketing communications with many years spent in banking and advertising. She has lived and worked in different parts of the world.

Her work at the EOC includes policy and advocacy, training, outreach and community networking. She has been one of the key developers of the Racial Diversity & Inclusion Charter for Employers launched in 2018. Since then, her work on D&I has covered training, workshops and events on various topics, particularly racial D&I.

A cancer-victor herself, she volunteers to help other breast cancer patients.

Puja’s work has influenced policy development and advocacy across legal and service sectors in Hong Kong especially in respect of racial equality and violence against women. Her comprehensive reports on the Status of Ethnic Minorities in Hong Kong 1997-2014 and the intersectional challenges experienced by ethnic minority victims of domestic violence broke new ground in putting these issues on the map in HK. Her report on the Help-Seeking Behaviours of Ethnic Minority and Immigrant Victims of Domestic Violence led to the establishment of a Subcommittee in the Hong Kong Legislative Council to comprehensively examine policies and provisions, calling for a shift in strategies to deliver culturally responsive support and equal access to services to ensure the protection of all women against violence. In 2019, she published Doing Equality Consciously, the first study on unconscious bias in Asia. Her work and recommendations have been presented to the HK Legislative Council, the Poverty Commission and the UN CERD Committee, leading to shifts in policy implementation.

Puja is a frequent Keynote Speaker and was recently invited to speak on minority girls in education at the UN Forum on Minority Issues in 2019, on hate speech at the UN Asia Pacific Regional Forum on Minority Issues in 2020 and at the Asia-Pacific Regional Forum on Minority Issues the occasion of the 30th Anniversary of the UN Declaration on Minority Rights. Puja received the Faculty of Law’s Outstanding Teaching Award in 2016, HKU’s Knowledge Exchange Award 2017 and the American Chamber of Commerce’s Professional Woman of the Year Award 2019. Her work has also garnered international recognition and she has been awarded the International Women of Courage Award in 2015 and the 2021 Global Pluralism Award by the Global Centre for Pluralism in Canada in recognition of her contributions to advancing pluralism, inclusion and equality of access and enjoyment of human rights for all.

Puja sits on the boards of numerous NGOs, has made deputations before the Hong Kong Legislative Council and the United Nations Treaty Bodies on multiple occasions. She is also regularly interviewed by Hong Kong and international media on issues spanning her wide range of expertise, including the Washington Post, New York Times, BBC, Al Jazeera, ABC, CNBC, South China Morning Post, Hong Kong Free Press, among others.

1 ticket with a complimentary +1 slot