RCEP: An Improved Trade Infrastructure for Asia and Hong Kong’s Place in It

In late 2020, after 8 years of negotiation, the Regional Comprehensive Economic Partnership (RCEP) agreement was signed. This largest trade bloc, which accounts for 30% of global economy, comprises all ASEAN member states along with Australia, China, Japan, Korea, and New Zealand. The agreement saw prolonged delays with India dropping out due to domestic concerns and tough negotiations while the Comprehensive and Progressive Agreement for Trans-Pacific Partnership (CPTPP) went on to be signed with the 11 countries and the US dropping out. While RCEP is not as encompassing and specialized as CPTPP, observers note that RCEP will do a significant amount towards reducing tariffs, creating more intra-Asia trade, and cumulative rules of origin that could have a positive impact on APAC trade.

As governments look to ratify the agreement, businesses will be looking to getting ready and how to prepare. What does this mean for those businesses headquartered outside of RCEP member countries who actively participate in trade and commerce in the region? How can those companies tap into the opportunities? To discuss this and Hong Kong's presence as a non-participant in the RCEP agreement, AmChamHK has invited a panel of trade experts specializing in RCEP and regional trade to discuss these issues in greater detail. 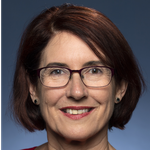 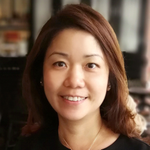 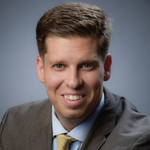 Elizabeth Ward has been Australia’s Consul-General to Hong Kong and Macau since October 2020.

Ms Ward is a senior official in the Australian Government with extensive experience in trade and investment policy. She was the chief negotiator for the Australia-Hong Kong Free Trade Agreement and associated Investment Agreement, and led negotiations on behalf of Australia in the Trans-Pacific Partnership (TPP). Prior to her posting in Hong Kong, Ms Ward was First Assistant Secretary in the Trade, Investment and Business Engagement Division of the Department of Foreign Affairs and Trade.

She has also served as Assistant Secretary in several branches of the department, covering Goods and Investment, Trade and Industrials, and Agriculture and Food.

Ms Ward holds a Master of Development Studies from Deakin University, and degrees in economics and arts from the Australian National University.

Since founding AC Trade Advisory in 2017, Angelia has been advising and training companies across different industries, government officials in different countries and international bodies on international trade and customs matters. She is also a trainer with the Singapore Management University’s International Trade Institute, helping mid-career switchers embark on the international trade profession.

Angelia is a regular contributor in various public-private global trade initiatives such as:
• running of the Asia-Pacific Economic Cooperation (APEC) capacity building workshop in Vietnam in 2018 for SMEs and Micro-SMEs in ASEAN about the business impact of World Trade Organization (WTO) Trade Facilitation Agreement and global trade know-hows to internationalise
• representing Singapore private sector through the Singapore Business Federation in the 22nd round of Regional Comprehensive Economic Partnership (RCEP) negotiation in 2018 to provide inputs to the FTA negotiators of various participating countries
• advocating the use of FTAs and ensuring trade compliance in Singapore Business Federation FTAs flagship training sessions
• participating in the Singapore Ministry of Trade & Industry’s marketing campaign to promote the use of the Comprehensive & Progressive Trans-Pacific Partnership (CP-TPP)
• conducting capacity building for the government of Mongolia in 2021 on FTA negotiation, a program supported by Singapore Corporation Enterprise, Temasek Foundation and Mongolia Ministry of Foreign Affairs

Prior to KPMG, Angelia was the global Head of the Trade & Customs function in Philips Electronics where she was Vice President working closely with the global Head of Tax. In that role as the Global Head of Trade & Customs, Angelia successfully built customs compliance awareness, increased the strategic use of free trade agreements (FTAs) in the company and conducted trade compliance reviews of their global processes and trade documentation. Angelia has also previously worked for Cisco Systems and Sony where she managed the regional Customs function in Asia Pacific region. This involved setting up internal customs compliance controls and leading customs audit defenses.

Brett Stephenson is the Public Affairs Lead for North Asia with UPS based in Hong Kong, covering trade, supply chain, e-commerce, public policy, and healthcare logistics issues in the Indo-Pacific region. Prior to his time in Hong Kong, he worked at the American Chamber of Commerce in China in Beijing as a government affairs analyst and energy coordinator, developing policy reports that were used by Chinese and US government officials and reported on by the Wall Street Journal, New York Times, Financial Times, and other media outlets.

Mr. Stephenson previously worked for a federal cabinet minister in Canada and worked in campaign politics. Brett is the current Vice-Chair of AmChamHK’s Trade and Investment Committee.
Brett holds an M.A. in international relations and a thesis in energy geopolitics from Renmin University of China, an international program certificate from University of Ulsan (Korea), and a bachelor’s degree from the University of Lethbridge (Canada). He speaks and reads intermediate Chinese, Spanish, French, and has beginner level Korean.