The Bank of the Future: Who will come out on Top?

Financial ServicesInnovation & Technology
Register
Save the date
Save the dateMay 29, 20195 PM - 8 PM Add to Calendar

With new technologies, customer expectations and regulatory requirements, the old world of banking has been turned on its head in recent years.

On March 27th Hong Kong's Monetary Authority authorized three new 'virtual banks' which, for the first time in Hong Kong's history, will be allowed to conduct their banking business solely online. While an exciting moment for Hong Kong's financial sector, it raises questions about the future of Hong Kong as a financial hub.

We will bring together three Hong Kong experts from diverse backgrounds to lead a debate on the future of banking in Hong Kong, with direct audience involvement in the discussion. Join us for a lively debate!

Hosted by the Financial Services Committee​ and Innovation & Technology Committee​ 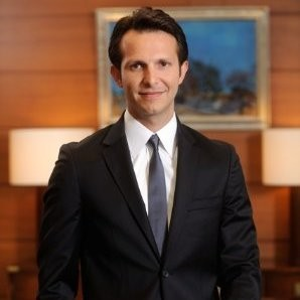 CEO and Board Member of Virtual Bank by Standard Chartered

In June the bank revealed that it is seeking to take advantage of new rules from the Hong Kong Monetary Authority on the granting of virtual banking licences for both traditional and non-banks in the territory. Standard Chartered's move is intended to face off competition from new players and attract the millennial segment.

Deniz Güven has now been put in charge of the new entity and will lead a team to build a banking model delivering innovative digital services "with a human touch".

Güven has a long digital banking history: he has been the global head, design and client experience for retail banking at Standard Chartered since last year. Previously, he worked at BBVA Group’s Garanti Bank in Turkey, responsible for end-to-end digital assets, as well as iGaranti, the first mobile only bank in Turkey. 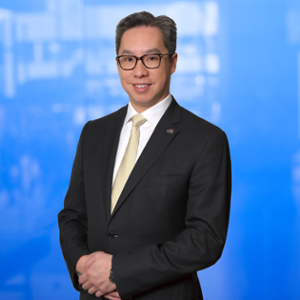 Lawrence is a Citi veteran and has over two decades of experience in consumer banking. Before assuming his current role, he was most recently Head of Retail Banking responsible for the management of various client segments, retail banking sales and distribution, and the full range of retail banking products and services, including wealth management products and research, insurance, mortgages, and brokerage advisory.

Lawrence joined Citi as a Management Associate in 1997 and subsequently rotated to various functions including Treasury, Business Planning, Portfolio Management, Personal Loan and Secured Lending. He has held a number of senior management positions including Director of Consumer Lending, and Head of Sales and Distribution where he had overall responsibility for the bank’s sales channels including branches, direct sales and telemarketing, branch operations, and network management.

Lawrence holds a Bachelor of Business Administration (Honors) degree from the Ivey Business School. He is a Chartered Financial Analyst (CFA) and a Financial Risk Manager (FRM). 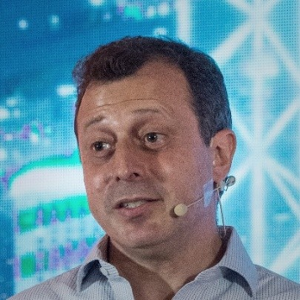 David Rosa’s career started at Citi, where he became their youngest managing director in Asia. He then co-founded the Asian arm of Integral Capital Management, which he sold in 2014 to focus on fintech. David holds a BSc in Economics from the London School of Economics and is a Responsible Officer (Types 1, 4 and 9) under the Hong Kong SFC. David has been based in Hong Kong for the last 17 years. 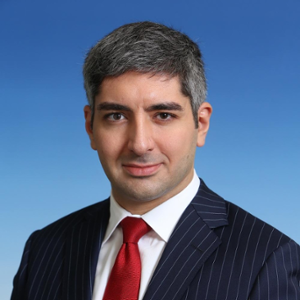 Henri Arslanian is the PwC FinTech & Crypto Lead for China and Hong Kong. He is also an Adjunct Associate Professor at the University of Hong Kong where he teaches graduate courses on Entrepreneurship in Finance as well as the first FinTech university course in Asia.

A member of the Milken Institute’s Young Leaders Circle, Henri has been awarded many industry and academic awards over the years from being named one of the 100 Most Influential Individuals in FinTech in Asia to being awarded the Governor General of Canada Gold Medal for Academic Excellence.
He is the co-Chair of the HKSFA FinTech Committee and co-Chair of the Financial Services Committee of the Canadian Chamber of Commerce in Hong Kong. He is also a member of the FSDC FinTech working group advising the Hong Kong government on FinTech policies.

Before joining PwC, Henri was with a FinTech start-up and previously spent many years with an investment bank in Hong Kong. Henri started his career as a financial markets and funds lawyer in Canada and Hong Kong.