US and China: The Pursuit of Common Prosperity [Virtual]

The US and China may be engaged in a fierce competitive relationship for decades to come, but the world's two largest economies perhaps do not understand each other adequately. For example, the US doesn't know how capitalistic China which is illustrated by the embrace of market economy and entrepreneurialism. On the other hand, capitalism with American characteristics is attributed to its welfare system of unemployment benefit and social security.

Despite the divergence of their economic models, there is something in common: both countries are confronting with high levels of inequality measured by the Gini coefficient.

What exactly is common prosperity? Does it mean the end of China's market reform? What is the motivation behind the progressive movement in the US? Why is there domestic resistance to democratic socialism in the US? Can the US and China escape the high income trap? How can the world's two economic powerhouses work together to build a more inclusive global community that is characterized by sustainable development? 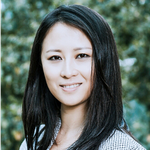 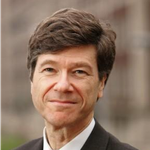 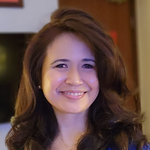 Dr. Keyu Jin is an associate professor (with tenure) of Economics at the London school of Economics. She is from Beijing, China, and holds a B.A., M.A. and Phd from Harvard University.

Her research is on international economics--- such as why capital flows from poor to rich countries, how the global implications of U.S. monetary and fiscal policies have changed; as well as on how the rise of China impacts the global economy, from several perspectives ---trade, capital flows, global interest rates and saving, demographics, productivity and technology.

Jeffrey D. Sachs is a world-renowned professor of economics, leader in sustainable development, senior UN advisor, bestselling author, and syndicated columnist whose monthly newspaper columns appear in more than 100 countries. He is the co-recipient of the 2015 Blue Planet Prize, the leading global prize for environmental leadership, and has twice been named among Time Magazine’s 100 most influential world leaders.

Professor Sachs is widely considered to be one of the world’s leading experts on economic development, global macroeconomics, and the fight against poverty. His work on ending poverty, overcoming macroeconomic instability, promoting economic growth, fighting hunger and disease, and promoting sustainable environmental practices has taken him to more than 125 countries. Over the past thirty years, he has advised dozens of heads of state and governments on economic strategy in the Americas, Europe, Asia, Africa, and the Middle East. He was among the outside advisors to Pope John Paul II on the encyclical Centesimus Annus and currently works closely with the Pontifical Academy of Sciences and the Pontifical Academy of Social Sciences on issues of sustainable development.

Melissa Gecolea has over 20 years experience as a broadcast journalist. She’s worked in the Philippines, Hong Kong and London covering politics, technology, and business. She currently works in Hong Kong as an anchor for the evening news and hosts 2 weekly current affairs shows where she is also supervising producer.

She started as a TV presenter and daily news reporter covering defense at GMA-7 in the Philippines and later as a producer for the award winning investigative show ‘Assignment’ on the Philippines’ top network ABS-CBN. Since then Melissa has worked as producer and host for various shows in London and Hong Kong covering the telecoms industry, politics, technology and business. From 2011 she worked on several shows at ABS-CBN News Channel (ANC) including the science and technology show ‘Future Perfect’ as executive producer, as well as co-host and producer of the award-winning personal finance show ‘On the Money’ before moving to Hong Kong to take a job with a major local network.