US-China Relations: Perspectives from Former US Ambassadors to China

The US Ambassador to China not only serves as the US highest ranking representative, but also plays a pivotal role in managing US-China relations. Six months into the Biden administration, the next US Ambassador has yet to be announced and the bilateral relationship remains contentious.

What's next for US-China relations? What lessons can we learn from the past? Please hear a distinguished panel of former US Ambassadors to China as they will share the ringside seat perspectives on the past, present and future relationship between the dragon and the eagle. 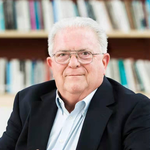 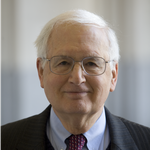 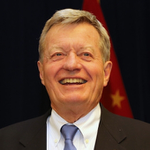 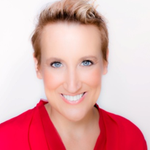 Ambassador Freeman is currently a visiting scholar at Brown University’s Watson Institute for International and Public Affairs. He was Assistant Secretary of Defense for International Security Affairs from 1993-94, earning the highest public service awards of the Department of Defense for his roles in designing a NATO-centered post-Cold War European security system and in reestablishing defense and military relations with China. He served as U. S. Ambassador to Saudi Arabia (during operations Desert Shield and Desert Storm). He was Principal Deputy Assistant Secretary of State for African Affairs during the historic U.S. mediation of Namibian independence from South Africa and Cuban troop withdrawal from Angola.

Chas Freeman served as Deputy Chief of Mission and Chargé d’Affaires in the American embassies at both Bangkok (1984-1986) and Beijing (1981-1984). He was Director for Chinese Affairs at the U.S. Department of State from 1979-1981. He was the principal American interpreter during the late President Nixon’s path-breaking visit to China in 1972. In addition to his Middle Eastern, African, East Asian and European diplomatic experience, he served in India.

Ambassador Freeman earned a certificate in Latin American studies from the National Autonomous University of Mexico, certificates in both the national and Taiwan dialects of Chinese from the former Foreign Service Institute field school in Taiwan, a BA magna cum laude from Yale University and a JD from the Harvard Law School. He is the recipient of numerous high honors and awards. He is the author of three books on U.S. foreign policy and two on statecraft. He was the editor of the Encyclopaedia Britannica entry on “diplomacy.” He is a sought-after speaker on a wide variety of foreign policy issues.

Ambassador Freeman is Chairman of the Board of Projects International, Inc., a Washington-based business development firm that specializes in arranging international joint ventures, acquisitions, and other business operations for its American and foreign clients. After his retirement from government, he served concurrently as co-chair of the United States China Policy Foundation, president of the Middle East Policy Council, and vice chair of the Atlantic Council of the United States.

Chas Freeman is married to the Hon. Margaret Van Wagenen Carpenter. He has three children by a previous marriage, and eight grandchildren.

Ambassador J. Stapleton (Stape) Roy is a Distinguished Scholar and Founding Director Emeritus of the Kissinger Institute on China and the United States at the Woodrow Wilson International Center for Scholars in Washington, DC. Stape Roy was born in China and spent much of his youth there during the upheavals of World War II and the communist revolution, where he watched the battle for Shanghai from the roof of the Shanghai American School. He joined the US Foreign Service immediately after graduating from Princeton in 1956, retiring 45 years later with the rank of Career Ambassador, the highest in the service. In 1978 he participated in the secret negotiations that led to the establishment of US-PRC diplomatic relations. During a career focused on East Asia and the Soviet Union, Stape’s ambassadorial assignments included Singapore, China, and Indonesia. His final post with the State Department was as Assistant Secretary for Intelligence and Research. On retirement he joined Kissinger Associates, Inc., a strategic consulting firm, before joining the Woodrow Wilson International Center for Scholars in September 2008 to head the newly created Kissinger Institute. In 2001 he received Princeton University’s Woodrow Wilson Award for Distinguished Public Service.

Max Baucus is a former United States senator and ambassador to China, active today in business, public policy, and international affairs. In his years as an elected official and diplomat he was engaged in the most consequential issues of the past half-century, and continues to provide counsel as co-founder of the Baucus Group. He is a native of Montana – the state where he was raised in a ranching family, appeared on the ballot nine times, and never lost an election.

After earning degrees in economics and law at Stanford University, he took up the legal profession and by 1973 held his first public office, as a Montana state representative. The following year, he was elected to the first of two terms as congressman from Montana’s first district, serving in the House during the post-Watergate years of the Ford and Carter presidencies. In all, his Congressional career extended across seven presidential administrations, during which time he gained a reputation as a determined, capable legislator who worked easily with colleagues, Democratic and Republican alike.

First elected to the Senate in 1978, Baucus went on to be his state’s longest-serving senator, and a steady legislative influence in the tradition of his friend and political model, Montana’s Senator Mike Mansfield. On a broad range of policy issues both domestic and foreign, he established himself as one of the Senate’s most productive and least partisan members, building a record of accomplishment in areas from agriculture and environmental protection to public works, taxes, and trade. As a home-state newspaper put it, “those who knew him best say Baucus was a senator who worked the legislative trenches to tackle problems he saw facing Montana, rural America and the nation – regardless of the politics.”