US-China Relations: Perspectives from the Next Generation [Virtual]

The current state of US-China relationship is shaped by mutual distrust and strategic rivalry. But perhaps decades from now, historians will judge this period of time as the lowest point in the course of 2 centuries of bilateral engagement; and the overall relationship would be characterized as positive and constructive.

The bilateral relationship over the next decade will likely remain highly competitive and at times adversarial. As the up-and-coming China watchers succeed the current generation, how will US-China relationship fare? What will be the driving forces shaping future relationship between the Eagles and the Dragon?

Please join a group of young China watchers including Matt Sheehan, Zak Dychtwald and Lizzi Leeas they will discuss how the world's most important bilateral relationship will be redefined. 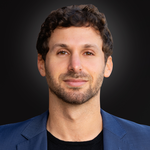 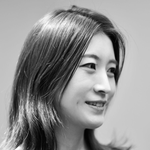 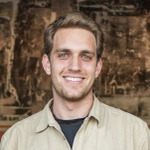 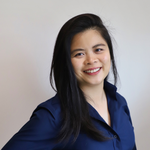 Zak grew up in Northern California a lover of sports, people, adventure, and reading, especially science fiction. His curiosity about the future drew him to study abroad in China. A feeling of disconnect between his experiences in Mainland China compared with what was covered in media and news drove him to move leave behind the job hunt in New York city and move to 2nd tier cities in Mainland China with no job, contacts, or plans aside from dive deep and learn the language.

Nearly a decade later, Zak is the author of critically acclaimed Young China: How the Restless Generation Will Change their Country and the World (St. Martin’s Press) and the founder of market insights firm, Young China Group. He works to understand the attitudes, motivators, and factors impacting China’s 417 million millennials – who they are, what they want, and why they want it.

A 30-year old Columbia University grad and fluent Mandarin speaker, Zak has been invited to speak for audiences on six continents for gatherings and organizations including Google, Aspen Ideas Festival, and the Wall Street Journal CEO Summit.

Lizzi C. Lee is an economist turned journalist. She is currently working at the New York-based independent Chinese language media outlet Wall St TV, covering the intersection of politics and economics in China and the world. She holds a Ph.D. degree in Economics from MIT and a BA in Economics and Mathematics from Wellesley College. Her writing has been published by SupChina, The Diplomat, among others.

Matt Sheehan is a fellow at the Carnegie Endowment for International Peace, where his research covers global technology issues with a focus on China. His research projects explore China’s artificial intelligence ecosystem, the future of Chinese technology policy, and the role of technology in China’s political economy. Matt is the author of The Transpacific Experiment: How China and California Collaborate and Compete for our Future (Counterpoint Press, 2019).

From 2010-2016 Matt lived and worked in China, including as the first China correspondent for the World Post. After returning from China, Matt worked as a fellow at the Paulson Institute's think tank, MacroPolo, where he led research on Chinese technology issues. In 2018, he was selected as a finalist for the Young China Watcher of the Year award.

His writing has been published by the Atlantic, Bloomberg, Vice, and Wired. His research has been cited by numerous government agencies and media outlets, including the National Security Commission on AI, the New York Times, the Wall Street Journal, and the San Francisco Chronicle. Matt reads, writes, and speaks Mandarin Chinese.

Margaret Loo has been working at AmCham since 2018, currently as China Affairs and Content Manager. In her capacity, she helps build the Chamber’s content related to US- China, China economic development, sustainability and among other topics. She also maintains close contact with Chinese and American stakeholders in academia, government agencies and businesses. She is the host of the Chamber’s US-Hong Kong Business Insight podcast where thought leaders from US, China and Hong Kong provide the latest market intelligence.

Margaret has lived in China, the United States and Hong Kong. She holds a master of social science degree in Global Political Economy from The Chinese University of Hong Kong and a bachelor of arts in Economics from the University of Maryland, College Park.

In her free time, she likes to go hiking and visit cat cafés.