US Presidential Election and Implications for US-China Relations

President Donald Trump is employing harsh anti-China rhetoric as a centerpiece of his campaign. His opponent former Vice-President Joe Biden is also taking a hard line on China to fend off accusations of being too soft on China during the Obama administration. China- bashing on the campaign trail has been a common sideshow in US presidential campaigns since the 1990s. But is has never before been so front and center in the strategy of both candidates. We are witnessing a paradigm shift in US-China relations due to China's increasing international assertiveness, President Trump's trade war with China and the global political and economic consequences of the Covid-19 pandemic. So what does this all add up to for US-China relations after the election is over, and what are the potential differences in the bilateral relationship depending on who ends up in the Oval Office?

What are the changes and continuities in American policy toward China in the Trump administration over the next 4 years or in a Biden administration? As US-China strategic competition intensifies, how can American businesses navigate through this turbulent time? What roles can business stakeholders play to encourage both governments to rebuild trust?

Please join this US Presidential Election Series webinar with two distinguished speakers who are both China experts and US political junkies, Frank Lavin and Jim McGregor as they share their outlook for the future. 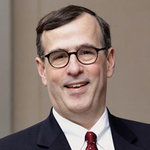 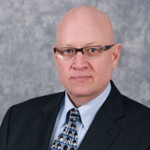 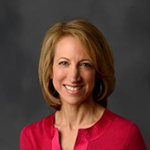 Frank Lavin has 30 years of experience helping companies succeed in China, through leadership roles in banking, marketing, and diplomacy. In government, Frank served as Ambassador to Singapore and Undersecretary of Commerce for International Trade. In the latter role, he was lead trade negotiator for both China and India and was the senior policy official, responsible for commercial policy, export promotion and trade negotiations.

In the private sector, Frank was most recently an Asia practice leader at Edelman, and prior to that, he worked in senior finance and management positions in Hong Kong and Singapore with Bank of America and Citibank. Frank also served as Chairman of the Steering Committee of the USA Pavilion at the Shanghai 2010 World Expo. Frank is the co-author of “Export Now” (Wiley).

James McGregor is chairman of APCO Worldwide’s greater China region and author of two highly regarded books: No Ancient Wisdom, No Followers: The Challenges of Chinese Authoritarian Capitalism, and One Billion Customers: Lessons from the Front Lines of Doing Business in China. He also wrote the noted APCO monograph China’s Drive for Indigenous Innovation—A Web of Industrial Policies. He was a veteran reporter for The Wall Street Journal, and also Chief Executive of Dow Jones & Company in China. Prior to joining APCO, he was founder and CEO of a China-focused consulting and research firm for hedge funds. McGregor is a professional speaker, regular television and radio commentator and a contributor of essays and opinion articles for a variety of publications. He has lived in China for nearly three decades. McGregor is a former Chairman of the American Chamber of Commerce in China and has long served as a leader of AmCham’s US government relations activities. He is a member of the Council on Foreign Relations, National Committee on U.S.-China Relations, the International Council of Asia Society and a board member of the US-China Education Trust. He splits his time between Shanghai and Beijing.